York County marathoners travel ‘Back to Boston’: ‘They are runners. So they will run’

The York Daily Record’s Kate Penn has produced ‘Back to Boston,’ a documentary about York County-area runners who are running in the Boston Marathon on April 21, Patriot’s Day in Massachusetts. Most ran in 2013, the year of the deadly Boston Marathon bombings. Patriot’s Day in Massachusetts recognizes the Battles of Lexington and Concord on April 19, 1775, the first fighting in the American Revolution. Those battles produced the ‘shot heard round the world’. 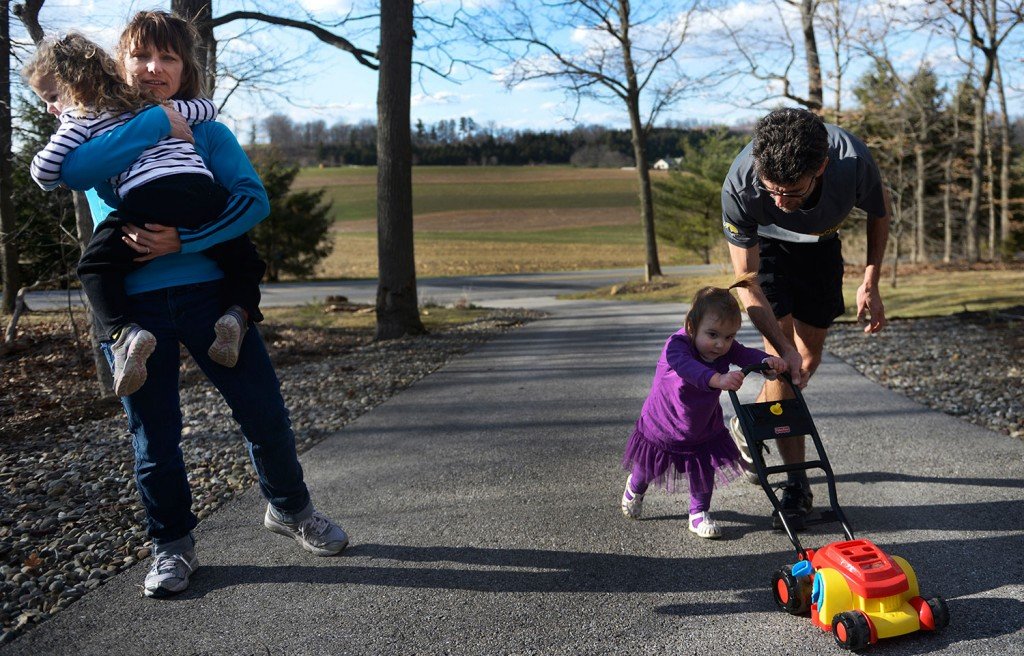 Michaele and Jimmy Rayburn had finished last year’s race when bombs exploded near the finish line. They’ll be back in Boston in 2014. ‘I’m not going to let a terroristic threat take away my passion for running,’ Michaele, of Springfield Township, told the YDR. ‘I want to show our girls that you follow your dream, and you don’t let other people dictate what you can and can’t do.’ Brad Jennings, one of the editors on the ‘Back to Boston’ project, wrote in an email about those profiled: ‘They talk about what they experienced after the bombings last year, and why it’s important for them to go back.’ 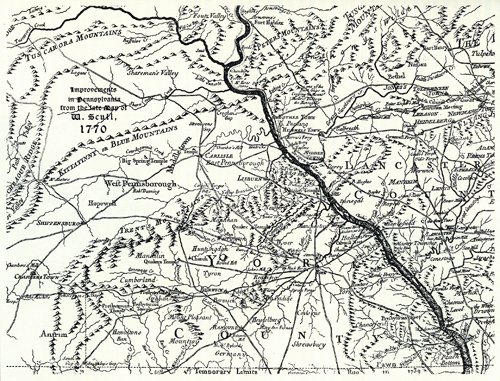 York countians have followed the call to travel to Boston in the past. Some York countians see themselves as provincial, but county residents have always been travelers. This 1770 map, produced five years before the American Revolution began, shows many roads led to and from York County. A group of riflemen – the  York Rifles – heard the call for troops in the aftermath of Lexington and Concord. Like local runners prepping for the Boston Marathon in 2014, they, too, made the trip because it was important to their nation. 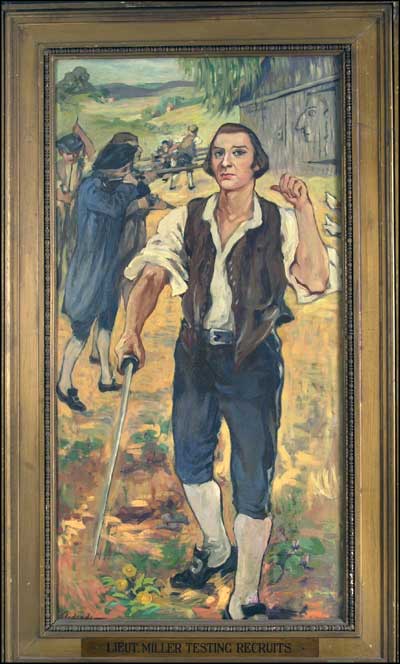 Henry Miller became a leader of the York Rifles, the primary York County group responding to the call from Boston for reinforcements for the Americans in their fight against the British after Lexington/Concord. The York Rifles marched the 414-mile trip to the Boston area in 25 days. See other panels in this series of American Revolutionary heroes, courtesy of the York County Heritage Trust. 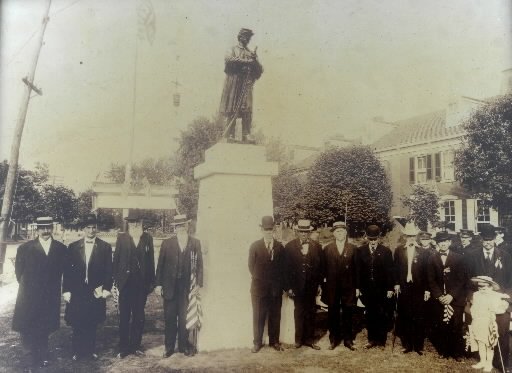 The York Rifles’ response is remembered on this Salem Square memorial in York’s west end. The monument also recognizes a responding group by the same name in the Civil War. Check out: Salem Square monument.

The Boston Marathoners returning to the race in 2014 will not get a monument set in stone after their return. Nor would they expect to. But their determination to return is what makes America great, and their efforts should be recognized. The brief intro to Kate Penn’s ‘Back to Boston’ captures these themes: ‘Pushing back against the terror they survived last year, thousands will venture back to Boston for the annual 26.2-mile rite of spring, the Boston Marathon. For these York-area athletes, this race is personal, but their stance is unified: They are runners. So they will run.’ Check out the series: Back to Boston.

See these photos and stories about York County in the American Revolution.