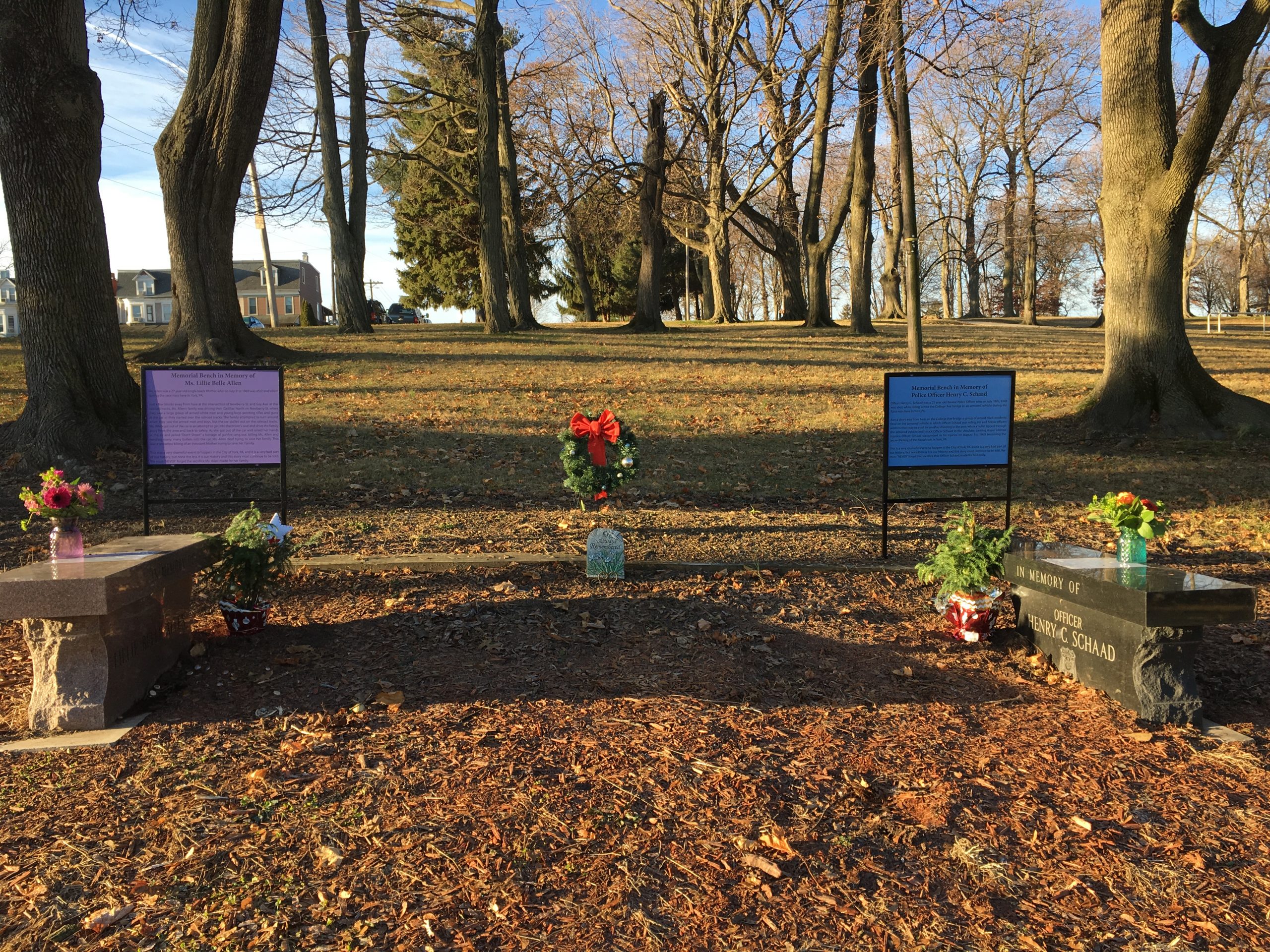 Bob Mann witnessed something when he was 14 years old that no one, young or old, should ever see.

He saw a young woman gunned down in the street in front of his home.

That woman, Lillie Belle Allen, had stepped from her family’s car to take the wheel from a family member after it had stalled on the railroad tracks crossing Newberry Street in York.

Mann has thought of that terrible moment ever since. About six months ago, he decided to place flowers on a monument in Farquhar Park, observing the race riot deaths of Allen and police officer Henry C. Schaad in 1969.

That monument, two facing benches, with scant wording, has been virtually forgotten since it was constructed about 15 years ago. The memorial was a result of a search for peace and healing in the aftermath of the race riot trials of their killers. Twelve men were convicted or pleaded guilty in those deaths.

One day, someone in the park asked Mann about Allen and Schaad: Who were they?

Mann decided explanatory signs were needed to preserve their memory, and he asked the city to put them in place. He says the city didn’t respond to his query.

Bob Mann simply was intent on making sure these two victims on these late 1960s revolts were remembered.

His problem-solving is an example of what is being called “informal urbanism,” or “do-it-yourself urbanism.”

This practice is becoming more widespread as cities with dwindling resources are not able to respond to everyday urban issues, big and small. Basically, residents practicing do-it-yourself urbanism solve problems apart from the city planning process.

This form of urbanism can be as simple as putting a sign in a window protesting, for example, the installation of ugly, visible gas meters. Or putting up candles and photos in the spot where someone was slain.

They can be done out of selfishness – reserving a parking place with a chair in a snowstorm – or with good intentions, as Bob Mann demonstrated.

The podcast “99 Percent Invisible” devoted a full program to this practice, interviewing Gordon C.C. Douglas, author of “The Help-Yourself City.”

An understandable example from that podcast centered on a pool of slime that resulted from rainwater dripping through the Hell Gate Bridge in New York City.

Someone erected a wooden footbridge to allow pedestrians to pass over the mess – a bridge under a bridge. Eventually, authorities learned of the problem, solved it and the temporary bridge was removed.

This example follows the path of many informal urbanism practices – lack of awareness or inattention to a problem by authorities that leads to do-it-yourself practices that result in permanent change.

This might be the outcome with Mann’s improvements to the Farquhar Park memorial.

“We want to ensure that, as the living witnesses pass on, that the knowledge is passed beyond ourselves,” he said in a statement.

He did not say whether Mann’s temporary signage would remain up.

Well, Mann’s work, indeed, should remain in place until something permanent is erected. His signs appear durable enough to last for months.

Such work at the grass roots is a growing movement in York.

Conversation is taking place on a Strong Central PA on Facebook, and an online books forum sponsored by York XL and Martin Library will discuss Marohn’s views and other empowerment ideas.

Here’s just one example of the Strong Towns iterative thinking, in the form of a four-step investment process for a strong town:

The city has embarked on two long-planned initiatives that intersect with Strong Towns thinking.

It has embarked in a serious, inclusive process in updating its comprehensive plan. The city just wrapped up a long series of neighborhood meetings to inform the planning.

And the administration’s Neighborhood Ecosystem program is starting to roll out. That plan calls for the expedition of resources for residents in 16 newly created ecosystems through direct communication between city employees and those neighborhoods.

As the city moves toward permanent Farquhar Park markers, it should make sure Bob Mann is on the task force to work out the details.

That will reward Mann’s well-intentioned do-it-yourself work at the grass roots.

“We must ‘NEVER’ forget the sacrifice Ms. Allen made for her family,” he wrote on the Allen sign. He similarly concluded his explanation on the Schaad sign.

Sacrifice is, indeed, what happened in 1969.

Allen willingly put herself in harm’s way to save her family, which she did at the cost of her own life.

Schaad, on patrol in an armored car to respond to growing tensions, died in the line of duty protecting the city that was his home.

Two heroes who should not be forgotten.

1 comment on “This York County man saw a need, and acted on it. “Informal urbanism” or “Do-it-yourself-urbanism” on display”