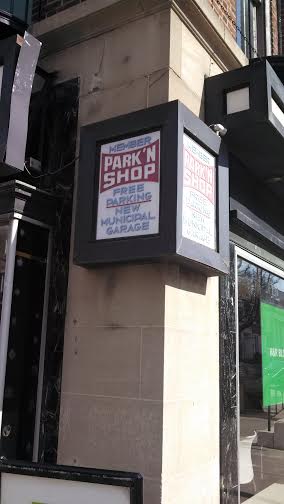 Recent YorkTownSquare.com posts about busybody mirror or mirrors (called spionnetje)  on the side of York, Pa., buildings have raised great interest among readers. So we thought we’d bring back this vestige from the past, a long overlooked sign across from the East Market Street parking garage. It’s there, probably from the beginning, when the parking garage opened in 1969, with the promise that it would draw shoppers to plenty of parking in the downtown. In those days, shoppers were increasingly living and shopping in the suburbs. So it’s a sign with a prominent display that likely few see today and even fewer know that it – and the parking garage it pointed to – tell a story about desperate times when the downtown business community was trying to hang on to shoppers – and retailers. (See more below). Also of interest: New word here: spionnetje, Part 2. And they were once all around York, Pa. 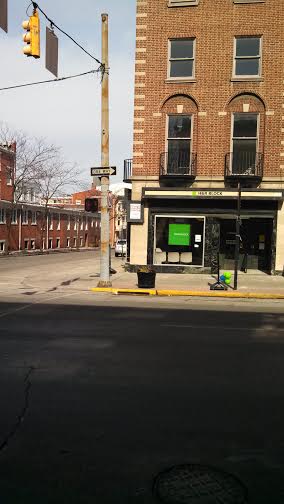 The sign is hidden in plain sight. Reader more about it and the nearby Market Street parking garage: York reader afflicted with ‘storiophilia’ finds parking garages fascinating, too. 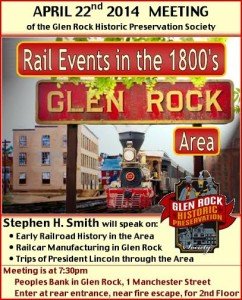 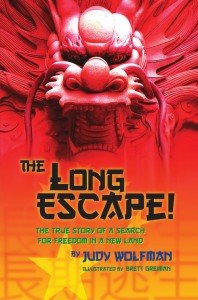 Well-known artist Brett Greiman flagged ‘The Long Escape,’ a recent book by Judy Wolfman. Here are excerpts from his note:  ‘I’m writing to you concerning a new book about a local historical event that had international implications. It is a book geared towards a teenage audience about the Golden Venture refugees. The author, Judy Wolfman, had recommended me to her publisher to be the illustrator and cover designer. Being that The Long Escape has local historical significance and the book is written and illustrated by York creatives, I thought you may be interested. Details: ‘The Long Escape.’

History mystery solved: Fans on my FB page solved this one: