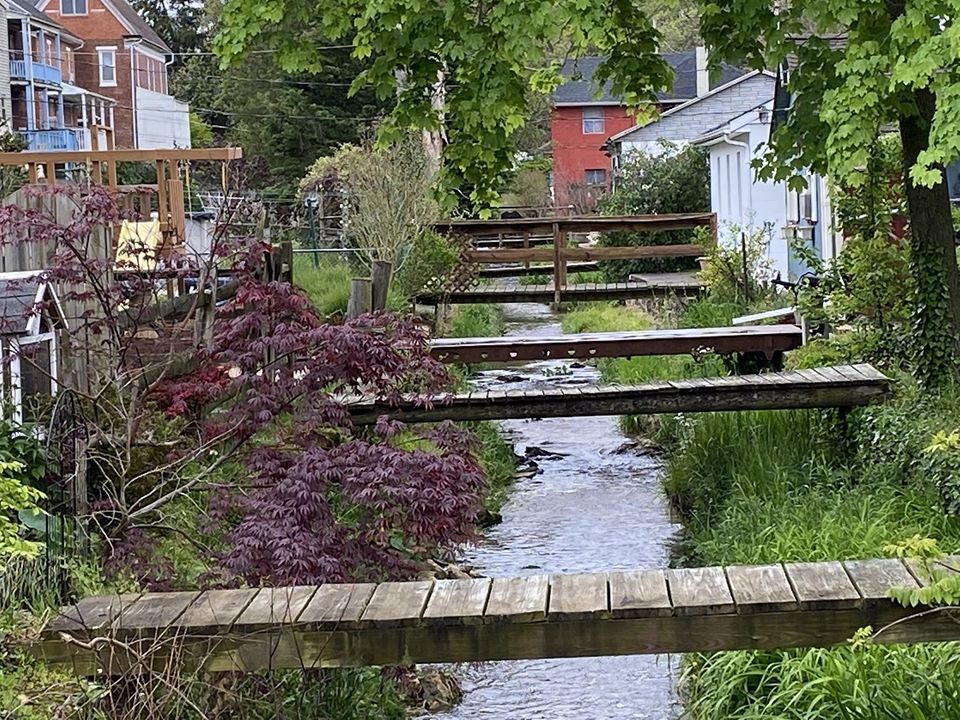 If you drive along Gay Street in Windsor, you see many and varied bridges over Fishing Creek. Plus there are other neat things to see.
Posted by Jim McClureJune 9, 2020July 25, 2020 Events, Farms, fields & mills, Local landmarks, Small-town life, Susquehanna, waterways, Unsung/obscure sites

Looking for places to entertain, educate and explores around York County and its region?

Well, I’ve compiled photo galleries with explanatory captions, with links, of many neat places. Some might be new to you.

They all have been posted to the Retro York Facebook Group.

So, if you’re looking for new experiences around York County – America’s Greatest Outdoor Playland – give these a look!

King’s Mill area, rail trail, greenery and industrial buildings side by side

King’s Mill to King Street, rail trail, a tour of major buildings along this stretch

Arles Park, built on a historical connection with France.

Atop Indian Rock Dam, a kind of park, with great views.

The Towns of York County

Windsor, plus a short history of this borough with its “minature castles.”

The Bridges of Windsor, a lot to take in on one back street.

Freysville, a village of churches in Windsor Township.

York Springs, it has the York name and lots of history but sits in eastern Adams County.

New Oxford, an Adams County town that is very walkable

Saginaw, a Susquehanna River town that hosted a railroad and quarry

Saginaw, Part II: There’s a lot to see in this town.

Saginaw, Part III: As seen through the collection of Randy Lowe.

Mount Wolf: Scenes from the town that spawned a Pa. governor

places that welcome the public

Brown’s in Loganville: A place where everyone likes to go

The Parks of York County

Nixon Park, and its built environment

York Haven Park, green space with a view of the Susquehanna and York Haven’s hydropower plant

Hollow Creek Park, unsung park that links up with Nixon

Other sites of interest:

The Steps of York County, some of these old stairs lead to no where

Places to visit in the region, beyond

The I am regularly adding to this list so please check back.