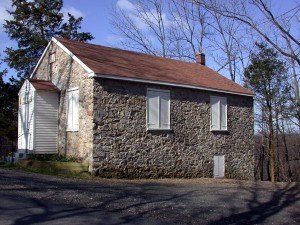 No, this isn’t a York County church. It’s the Mount Gilead AME Church in Buckingham, Pa. Mike Moul wrote in an email that the Bucks County town and church have American Revolution and Underground Railroad histories. The church, built by fugitive slaves in the 1850s, is open only a few times  a year. Now, here’s the York County connection. What well-known York countians presented in this historic building this summer? See the answer below.  For more on the town and church, check out David’s Photographic Tour of Bucks County. Also of interest: Page 22 missing from York, Pa., school book? Turn to Page 11 two times, teacher says.

Memorial Hospital has new owners, so a question that comes to mind pretty early on is: What becomes of the historic Elmwood Mansion when Memorial moves across town to the former Hawk Lake Golf Course property?

“There are no changes to the mansion at this time,” (Josette) Myers said. “It will still be used by the hospital for meetings. We do have some community groups who will also continue to use the mansion when it is available.” 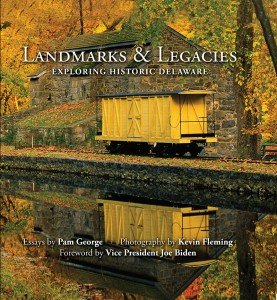 ‘Landmarks & Legacies’ is a ‘cocktail-style’ book, full of history and containing photos and stories from around Delaware. For more, visit: Delaware tourism.

More on the Accomac murder: Book Buzz blog, a fun place for those who like to read, profiles the Mike Maloney and his book ‘Across the River: Murder at Accomac’.

Seven Valley screams: The historical marker noting Seven Valley’s achievement as a pioneering site for ice cream making in America was unveiled recently. It’s on display in the Seven Valleys Fire Hall and will be mounted next year. And on the topic of ice cream, check out these places to find homemade ice cream around York County. 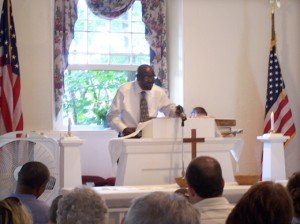 Voni B. Grimes is the well-known Yorker who traveled to the remote Bucks County church to present on slavery and the Underground Railroad. ‘Voni soulfully discussed black slavery and introduced music that often was used to communicate messages among the slaves in a way so that their owners did not understand,’ Mike Moul, who supplied this photograph, wrote in an email. ‘Voni’s presentation was the highlight of the day as beautiful white clouds filled the sky and the mountain breeze blew thru the open windows.’