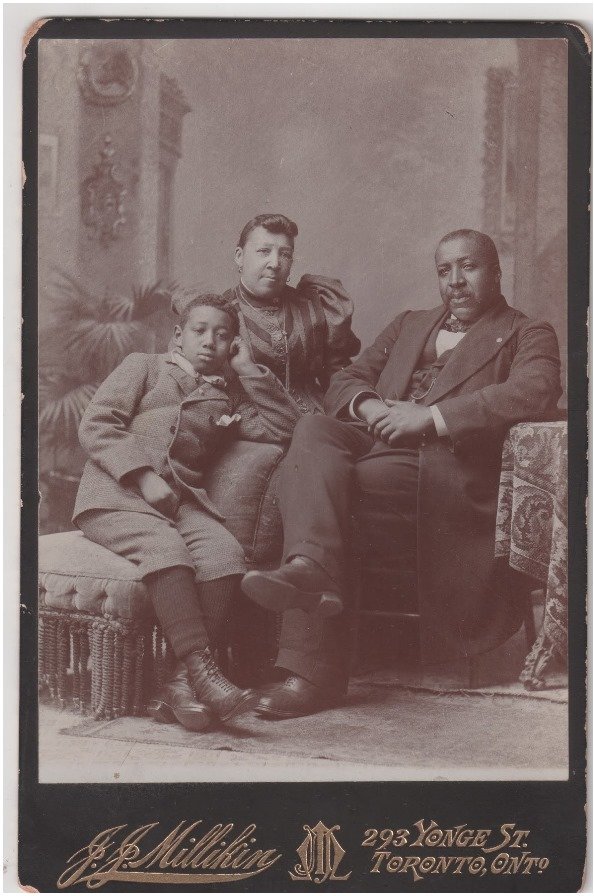 The Rev. John H. Hector would never forget a moment when he was dressed in blue in the Civil War.

The soldier and musician was holding the reins of Union commanding Gen. U.S. Grant’s horse. And it stepped on his foot.

Years later, Hector’s and Grant’s paths crossed, and Hector, now a internationally known pastor and lecturer, reminded the general of the incident. Grant reciprocated by signing an autographed book.

Such was the arc of Hector’s life – from a soldier tending to a general’s horse, to a speaker on the Prohibition and Grand Army of the Republic circuit who was in much demand in the U.S., Canada and Britain.

Noted historian, writer, appraiser and collector Philip J. Merrill has been on Hector’s trail for about 15 years. Hector is an example, he says, of an accomplished black man with an international reputation who hasn’t been extensively studied. Merrill wants to tell his story.

That trail led him to York last Sunday – a town in which Hector lived for many years.

So Lebanon Cemetery, where Hector was buried, and the 116 E. King Street home where he lived for many years were among Merrill’s stops in York.

At the door of 116 E. King Street, he and an assistant, equipped with a video camera, were enacting a time machine scene, and he knocked on the door, not expecting anyone in the business, The Parliament arts organization, to be there.

But someone opened the door, invited them in and gave a tour of the art gallery.

When they returned, a blue three-ring notebook containing six original photos of Hector was missing.

That a Black man born in Canada with likely little education could rise to such prominence speaks to Hector’s talents and oratorial skills.

Further, temperance advocates of the 1800s are well known today – Carrie Nation and Frances Willard, for example. But Blacks in America also were prominent in their concerns over alcohol abuse – a movement that led to the 19th Amendment and Prohibition of the making and sale of alcoholic beverages in America.

Abolitionists Frederick Douglass, Martin Delaney and Florence Watkins Harper (who in the 1850s also lived in York) were among the Black temperance proponents speaking nationally. And Hector was among them.

Merrill is also interested in Hector’s national work with the Grand Army of the Republic, the most prominent fraternal organization of post-Civil War veterans.

As for the GAR, Hector practiced what he preached.

York County historian Stephen H. Smith’s research shows that Hector was the commander of the David E. Small GAR post, a group of Black veterans in York County in 1883. This GAR post had a counterpart post of white veterans in York, the Gen. John Sedgwick post. The posts, among the 13 in the county, would march in Memorial Day parades, stepping together for some distance. The Sedgwick group would separate at Prospect Hill Cemetery, and the Black GAR post members would march to the historically Black Lebanon Cemetery.

Another of Hector’s national tours, Smith says, was to raise money for Harper Ferry raider John Brown’s family. The family had sustained setbacks, and Hector joined Brown’s son, Jason, on the lecture circuit to help out the family.

This illustrates Hector’s long relationship with his adopted city of York.

But until his death in 1914, York appears to be the base of Hector’s lecture and evangelistic tours until the end of his life. He would often speak on the circuit about his Civil War experiences, although it’s not known if he included the incident involving U.S. Grant’s horse in his talks. But he left it as part of his legacy by including it in his obituary.

He remained active in his later years. For example, he and his daughter Geraldine, a singer, had accompanied the  Hector to a lecture in 1912, at First Methodist Episcopal Church in Lead, South Dakota.

At 116 E. King St. on Sunday, Philip Merrill saw the place where Hector and his wife, Eliza, lived for many years. Hector died there at the age of 69 in 1914.

They were elated at this unplanned moment.

“Just to be in the footsteps of this man had us in a cloud,” Merrill said.

Then they returned to their vehicle parked out front. Valuable electronic equipment had been left untouched. But the photo album was gone. Merrill heads Nanny Jack & Company, which has housed 30,000 artifacts that illuminate the Black experience, so he knew the high value of these irreplaceable originals.

Merrill turned to York County’s historical community for help, and before long, a plea for the blue notebook’s return, with reward, was all over social media in York County.

City leaders became involved. A member of The Parliament canvassed the area. A local business offered video from their security camera.

Merrill hopes that good can come from the missing photographs.

For example, he hopes the incident sheds light on the restoration efforts of the Friends of Lebanon Cemetery, who met him there and have join in the call for the missing photographs. He appreciates how the Friends group is telling about the achievements of people of color from the past.

Merrill places the Rev. Hector among that group who we should learn more about.

“He’s a prime example,” he said, “of an ordinary person who accomplished extraordinary things.”

I will speak on the topic of “Fascinating things about Northeastern York County” at 6:30 p.m. Oct. 19, via Zoom. It is a free digital presentation sponsored by North Eastern York County History in Preservation, ALLVETS of York and Red Land Community Library. Register here: http://www.neychip.com.