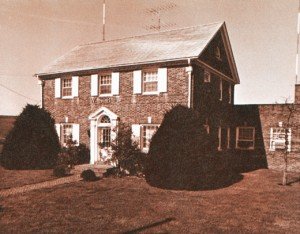 This is the original WSBA building on Susquehanna Trail North, stood in the vicinity of that antenna farm that operates today. The building has since been demolished, and an office complex sits on its former site. ‘York, Pennsylvania: A Dynamic Community Forges Ahead,’ said this about the 15-year-old WSBA: ‘Its studios, transmitter and offices, housed in  a modern building of Colonial architecture in keeping with the traditions of the community, form a unit unsurpassed in plan, design and equipment by any station in its class in the East.’  Also of interest: WSBA exec oversaw early days of York County radio – and TV.

TV anchor Heather Warner of Fox 43, call letters WPMT, resigned this week to work on her master’s degree and to teach. WSBA’s Jim Horn, a 25-year veteran of the local radio world, retired this week.

Both these news happenings are unrelated, for sure.

But for decades, the stations they work for were very much connected.

We started telling that story in the photo above.

Two more photos, with captions, will round out the picture. 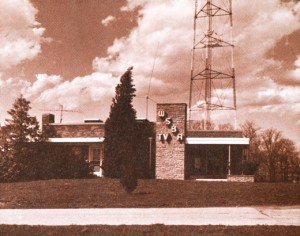 WSBA-TV began its operation in 1952, 10 years after its radio counterpart went live. It operated from this building on South Queen Street hill. ‘York, Pennsylvania,’ highlighted several personalities: ‘Its experienced personnel – among them Eddie Waleski, Otis Morse and Red Kain – are well-known as WSBA-TV personalities.’ 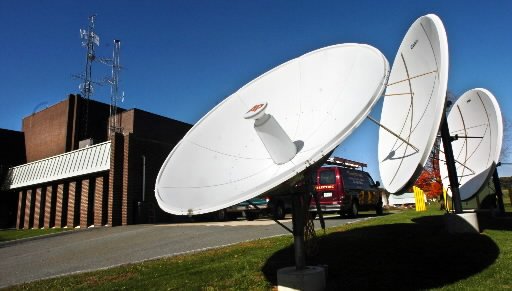 Check out these stories and photos about York County’s radio and TV history.