The Grumbachers: Heroes and Builders, in York, Part III 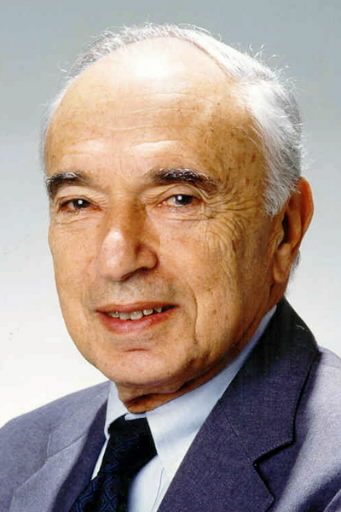 Max Samuel “Tom” Grumbacher, who died in 2006, was an integral part of his family’s Bon-Ton Department Stores for 65 years. He was the son of Bon-Ton founder Max Grumbacher and his wife, Daisy. Other posts in this “Builders & Heroes” series: The Cassimatises and The Yeagleys and The Orrs .
In the middle part of the 20th century, Bon-Ton’s downtown store served as one of York’s big three. Bear’s and Wiest’s made up the primary retail attractions in the heart of York.

When suburbia beckoned, the Bon-Ton expanded to the York Mall, the North York Mall and Queensgate.
Today, the retail chain has about 275 stores in more than 20 states… .

The Grumbachers and the Bon-Ton have been linked since Max Grumbacher opened the first Bon-Ton in York in 1898.
The family is among 150 individuals and families included in “Heroes and Builders,” part of the three-volume “250th Chronicles.”
Here is a condensed entry from the book, available throughout the York County Library System:
How it began: Samuel Grumbacher’s family arrived in this country from Germany in 1847 when he was 4 years old. They settled in Trenton, N.J., and operated a retail business. Samuel raised his children in the trade, and when the time came, his sons and sons-in-law set out for increasingly prosperous areas in Pennsylvania. They founded dry goods stores. Located in Hazleton, Lebanon, Lancaster and York, each was named the Bon-Ton. On March 10, 1898, Samuel’s son Max Grumbacher opened his small store on the first floor of 22 W. Market St. Still a bachelor in 1910 at the age of 40, Grumbacher traveled to Baltimore, where there was a large Jewish community. There, he met and married Daisy Altshul, 24. In 1911 Frances was born, followed by Max Samuel (Tom) in 1912, twins, Richard and Katherine, in 1914, and Anne in 1921.
New digs: As Max Grumbacher’s family grew, so did his business. In 1911 he retained the Dempwolf firm to design a new, three-story building at the corner of West Market and South Beaver streets that opened a year later. The 37,000-square-foot building housed 27 departments, which allowed him to expand his lines to include everything from pots and pans to ready-to-wear clothing.
Still in the family: When Max died in 1933, Daisy became the head of the company and ran it with her sons. She would remain active and involved with the company until her death in 1978. Son Tom took the lead then, and eventually handed it over to his son, Tim. The family continues to be involved with the company.
Also of interest: From top dog and hot dogs to dogfight and dog days in York County, Pa..