A short test of your York black history knowledge – Part I 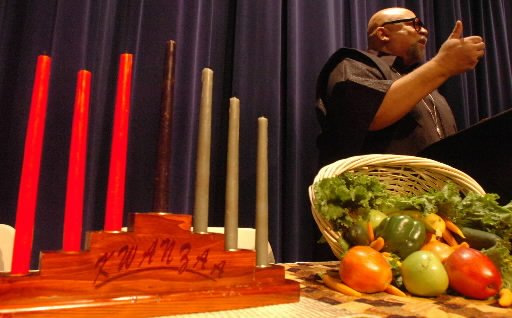 Families gathering during the holidays sometimes like to show off their York smarts.
So we’ve included a quiz on York County’s black history, followed by some inspirational quotes from achievers with York roots.
Look for an additional post on general history in York County on Monday:
Good luck in stumping your loved ones!

Test your knowledge
1. In York, a small park off College Avenue is named in memory of Helen R. Thackston. Why?
A. She gave the city the land.
B. Her home was on the site of the park.
C. She helped care for and educate inner-city children all her life.
D. She taught black children at a school once on the site.
2. Pennsylvania was the first state in the union to pass a law calling for the gradual abolition of slavery. When was it passed?
A. 1825
B. 1800
C. 1780
D. 1857
3. In the first half of the 20th century, this black physician was considered the “mayor” of the black community. What was his name?
A. Aquilla Howard
B. George Bowles
C. James Smallwood
D. Squire Braxton
4. Who was Crispus Attucks?
A. A black leader in York.
B. A civil rights activist.
C. An 18th-century man living in Boston.
D. A professional football player.
5. Maulana Karenga, the founder of Kwanzaa, was a graduate of which high school?
A. Central York High School
B. William Penn Senior High School
C. Spring Grove Area Senior High School
D. Hanover Senior High School
Answers:
1. C. After the Crispus Attucks Community Center was established in 1931, Helen R. Thackston started its preschool program and served as its director until 1964. She also headed the young people’s choir at her church and was superintendent of its Sunday school for the primary grades. For the first 15 years, she worked without pay. Her care for the children at Crispus Attucks included meeting the children at Penn Park and walking them to and from Crispus Attucks. She died in 1969, and the park was named for her in 1972.
2. C. In 1780, a measure was passed for gradual abolition of slavery. Pennsylvania was the first state of the union to pass an abolition law.
3. B. For much of the time he was in practice, Dr. George Bowles was York’s only black doctor.
4. C. Before the outbreak of the Revolutionary War, Crispus Attucks was among those protesting the tea tax. British soldiers killed him. Crispus Attucks, son of an African man, became the first to die for America’s freedom. The Crispus Attucks Association in York bears his name.
5. B. Karenga was known as Ron Everett when he graduated from William Penn Senior High School in 1958. The seven-day celebration of black cultural unity begins on Dec. 26. The first Kwanzaa was in 1966.
And some quotes from achievers from the black community
“Stay in school and get an education. It’s better to have an education and not need it than to need it and not have it. Should you have it, you should make a contribution to your community rather than just being a number in your community.”
— Voni B. Grimes of York. Grimes is retired from Penn State York as director of business services.
“Heroes aren’t only people who climb mountains or go to the moon or do those daring things, but heroes are keepers of the heart.”
— Julia Hines-Harris of York, retired after 36 years in York City School District. Her last position was assistant superintendent for secondary education.
“I believe that God has sent us here to make life a little better for each other and to take care of the earth.”
— Dorothy King of Harrisburg. The York native teaches at Penn State Harrisburg and an author.
“The country’s biggest achievements came about because somebody believed in something, whether it was a steam engine, an airplane or a space shuttle. Only when we lose hope in great possibilities are we really doomed. Reversals and tough times inspire some people to work harder for what they believe in.”
— Robert C. Maynard, whose first newspaper job was at The York Gazette and Daily in 1961. He later was the first black person to own a major metropolitan newspaper when he purchased The Oakland Tribune.
“Look for the good in people. A garden of red roses is beautiful, but a garden of mixed roses — red, yellow, white and pink — is more beautiful.”
— Daisy Myers, who spent 20 years working with children in York City schools. She and her late husband, William, broke the color line by purchasing a home in all-white Levittown, Bucks County, in August 1957, which unleashed a mob of protestors. They moved to a York County subdivision several years later.
“Go to school, trust in God and study hard. Get ready, someday your chance will come.”
— William Ransom, who grew up in York and is now retired as an administrator in the Coatesville Area School District, Pa.
Source: “Almost Forgotten” by James McClure