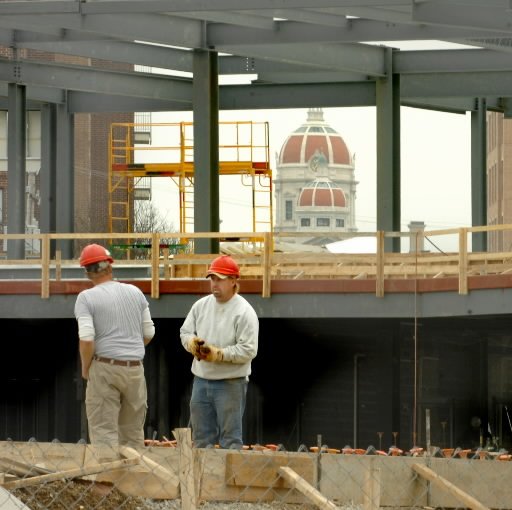 This photograph ran on the York Daily Record/Sunday News weekly York Revolution page today.
Page 7D.
But perhaps it deserved better display, as a potentially iconic picture of what’s happening in downtown York.
The turn-of-the-20th-century courthouse, recently remodeled, is seen in Bil Bowden’s photograph through the frame of the new baseball stadium.
The stadium represents all the city’s best hopes for the future… .

It’s a classic case of old York — the courthouse — being sublimated by new York, an attraction that could potentially bring 5,000 people downtown for each game.
And it’s not as if the old courthouse is just old. It’s been attractively rehabbed.
So we shouldn’t push the familiar domed building and its history too far back.
Maybe both can become early-21st-century icons of a city looking ahead.