From York, Pa. to inside the beltway, politicos got no friend 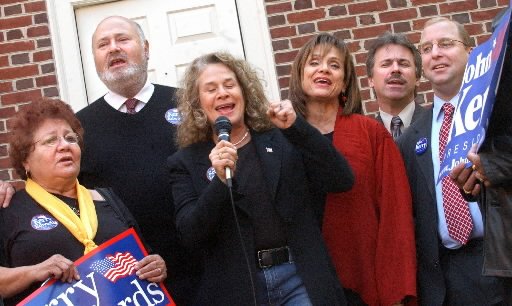 The traveling band of celebrities in the 2004 U.S. presidential campaign unwittingly made a relevant choice of the Colonial Courthouse as a backdrop.
When Continental Congress met in the actual York County Court House in 1777-78, politics held sway.
But then, delegates were not troubled by Democratic and Republic ideologies but were often split according to whether they represented Northern or Southern colonies.
And just as today, this legislative body wasn’t always effective… .

“The Congress still continues the same noisy, empty & talkative assembly it always was since I have known it,” Charles Carroll of Maryland wrote his father soon after arriving in York.
Anyway, the question of slavery – legal throughout the United States during the early years of the American Revolution – was never far from the minds of those sitting in York
The following excerpts from “Nine Month in York Town” and “Almost Forgotten” shows how much the topic consumed the quarrelsome patriots and suggests how geography affected views on this hot issue: