York, Pa.’s, and YWCA’s Edith Barber: ‘She wanted to save humanity’ 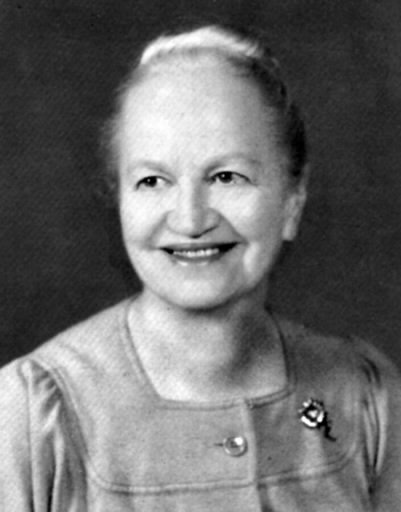 Edith Barber, a community leader and mentor to many York women, died in November. “I cried for a half hour this morning when I heard that she had passed,” Daisy Myers said. Background posts: Histories attempt to fill blanks in women’s, black history and Daisy Myers: Rosa Parks of the North.

In the early 1980s, the American Association of University Women published a booklet recognizing a sampling of women who had achieved in York County in the past century.
Edith Barber, who died in November, was on that prestigious list.

Her life devoted to advancing women and fighting poverty and racism will be honored at a memorial service at 2 p.m. Sunday, Dec. 16, at the Unitarian Universalist Congregation of York, 925 S. George St.
The following is a short profile adapted from that AAUW booklet “Legacies,” that has appeared in the York Daily Record:

It was September 1958, when Edith A. Barber arrived in York as the newly appointed executive director of the YWCA.
For a woman who described herself as “interested in the present and future — not the past,” it was an auspicious time to join a community large enough to include the gamut of urban problems but small enough to be manageable.
Barber, who was to help guide York through this stormy period, was already a second-generation YWCA board member. During college, she filled the seat vacated by her mother. She earned a B.S. in mathematics at the University of Pennsylvania and studied two years under a fellowship at the Pennsylvania School of Social Work, finishing in 1932.
The Philadelphia years included much volunteer work with the United Way, Family Service Board, Germantown Friends Parents Association. In 1956, her paid career began as executive director of the YWCA branch in Kensington for two years.
From her base at the YWCA, Barber soon became involved in York. In 1960, she was a unit chairperson for the first York County Human Relations Audit, which provided information about the status of minorities. When the federal War on Poverty began in 1964, she was in the front ranks as she delivered a funding proposal to the Office of Economic Opportunity in Washington, D.C., to set up a community action program in York.
In 1969, she was elected to the York City School Board. She participated in the hiring of the first black superintendent and characterized the time as one in which “great strides were made in affirmative action.”
Upon retirement in 1976, she was active in United Way and returned to the YWCA board as president in 1981.
In 1979, the York Exchange Club recognized Edith Barber with its Golden Deeds Award, citing her for “… bringing to volunteer community service professional excellence and sensitivity to human needs, combining seriousness of purpose with lightness of touch … .”

Driven, remarkably intelligent, hardworking and always wanting to help others. That’s how Edith Barber was remembered by those who knew her well.
Barber, a Philadelphia native who moved to York in 1958 as the newly appointed executive director of the YWCA, died over the Nov. 10th weekend.
Organizations she worked with include the United Way, Historic York, the York City School Board, Atkins House and the first York County Human Relations Audit, which provided information about the status of minorities.
Additionally, in 1964, Barber delivered a funding proposal to the Office of Economic Opportunity in Washington, D.C., to set up a community action program in York.
Many people grieved the loss of Barber.
“She loved York,” said her son, Skip Barber, who lives in western Connecticut. “She just became an enormous supporter of the city, and she worked hard for it.
“She was extraordinarily smart . . . had very little ego,” Skip Barber said. “She was a quiet, unassuming kind of person.”
Barber and York Township resident Daisy Myers had been friends for decades.
“I cried for a half hour this morning when I heard that she had passed,” Myers said.
The women met while working for the city’s school district, Myers said.
“I’m a black lady . . . but race didn’t mean anything to her,” Myers said. “I loved her . . . She was a sweet person . . . I’m very upset that she’s gone, but she lived a good life.”
Spring Garden Township resident Carolyn Steinhauser, also a former YWCA executive director, said Barber was an outstanding woman in the York community.
“She had a remarkable talent for envisioning things and then making them happen,” Steinhauser said. “She could cut to the chase.”
Steinhauser also said Barber was a wizard at budgeting and managing finances for the groups she helped.
“She brought out the best in others and was ahead of her time,” Steinhauser said. “She was certainly a mentor to me.”
York Township resident Colleen Burkett said Barber was very business-like but also enjoyed life.
“As driven as she was . . . she really did know how to laugh,” she said.
Barber was a troubleshooter who worked on various boards for organizations that were trying to get back on track, Burkett said.
“She really believed in volunteerism,” she said. “She wanted to save humanity.”