Ever wonder why this building is there? Linked in with neat York County history stuff – Sept. 20, 2011 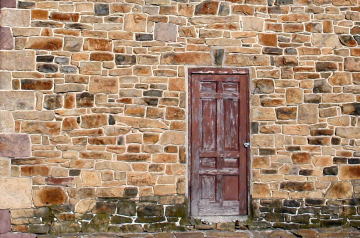 Recognize this building front? If so, what was the building used for? Hint: It’s along North George Street, north of York City. (See answer below.) Also of interest:   All posts of York County landmarks from the start and  and  Does this photo show an old school bus stop shelter?

Has pro baseball caught on in York County? Will the York Revolution last?

Stats for the past regular season suggest that the Revolution is alive and well.

The Revs drew 265,952 fans in 2011 and finished in its customary fourth spot in Atlantic League attendance.

Average attendance this soggy season was 3,911 — down slightly from 4,094 last season.

Blog site: And if that’s not enough, see the yorkblog.com’s complete coverage of the York Fair: All’s Fair.

Story of note: Here’s York County history changing before our eyes:  Library books will soon be available on Kindle device. 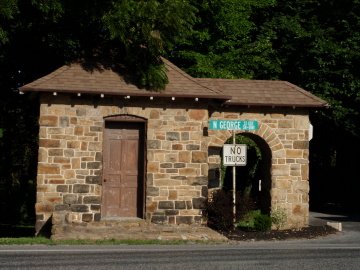 This small stone building on North George Street at the Shady Lane intersection served as a trolley stop before that line was abandoned in the 1930. The  Manchester Township site served riders on the line that ran from York’s Continental Square to York Haven. So says Dianne Bowders, who captured this scene. (See below comment with this post, where Dianne sharpens her description.) She submitted this photo to Your Photos, where a full gallery of her York County scenes are posted.