The horrors of Civil War struck York soon after Sumter 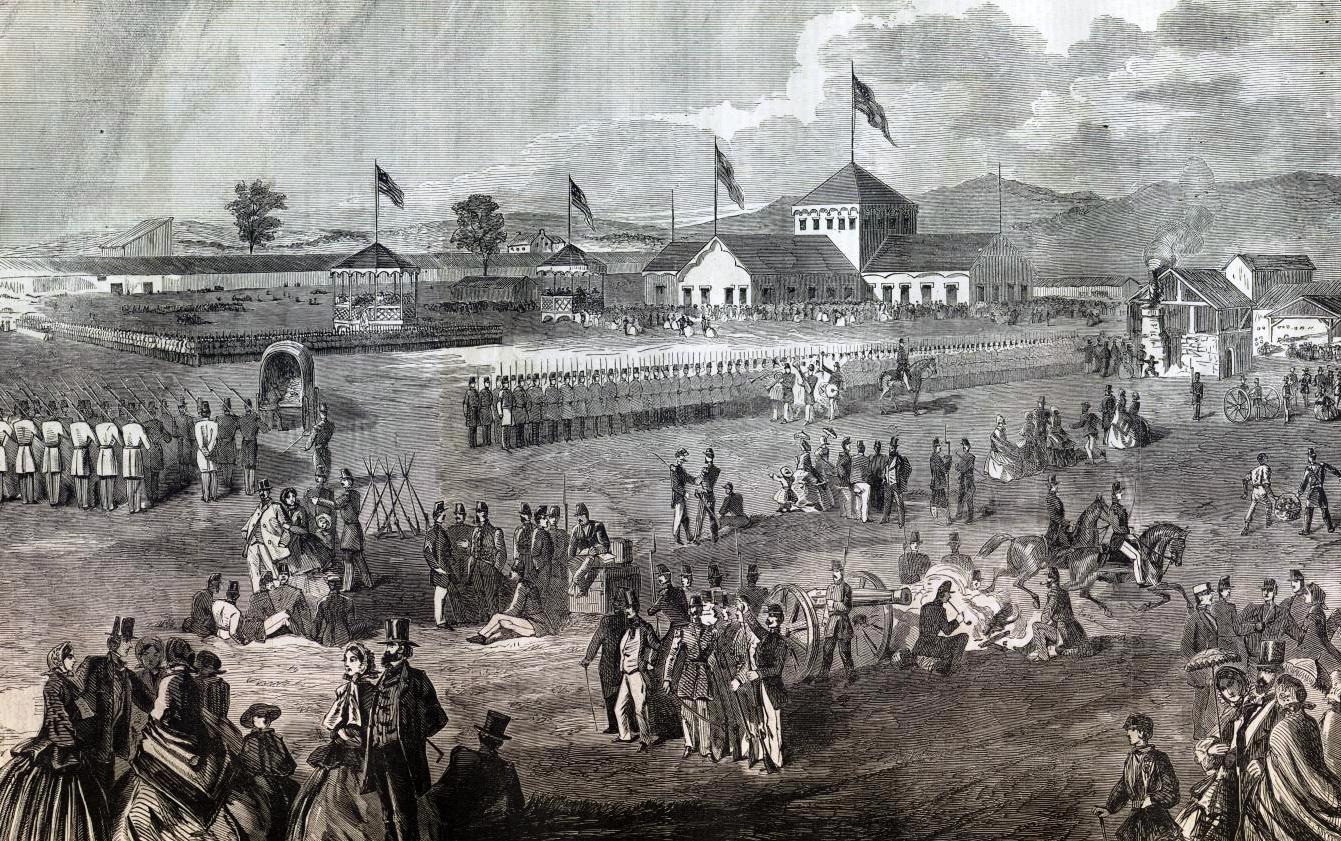 When the Harper’s Weekly artist captured this scene at York’s Camp Scott early in the Civil War, many thought the conflict would be shortlived. Even so, the presence of the camp was no picnic from the beginning. Men died from disease and accidents during drills. And stressed townspeople provided nursing and other resources for the camp and accommodated soldiers in their homes. Background posts: ‘One of the shells found its mark”, Both Yanks, Rebs camped at old York Fairgrounds, In search of proof that the York Fair is the oldest.

Despite the pagentry associated in drawings of Camp Scott – the old York Fairgrounds converted to military camp – its presence gave many York County residents early first-hand knowledge of the horrors of war.
Just after the firing on Fort Sumter, the fairgrounds took on a martial air soon after sabotage of the Northern Central Railroad between York and Baltimore and unrest in Baltimore – both by Southern sympathizers – meant Northern troops could travel no farther south.
They settled at the fairgrounds, then southeast of the King and Queen street intersection, the first of tens of thousands to camp and train there. Soldiers slept on straw in sheds designed for livestock… .

Soon, the camp brought death, as I wrote in “East of Gettysburg:”
Local newspapers reported the deaths of several soldiers from pneumonia, including a young infantryman from Hanover.
Drills taking place in town squares throughout the country brought wounds and even death.
One of Edward L. Schroeder’s comrades cut the Worth Infantry soldier in the back of the head during a bayonet exercise in York’s Centre Square.
In the southeastern York County town of Stewartstown, a fellow solder accidentally blasted Benjamin Ebaugh in the back with his shotgun.
At Camp Scott, a soldier shot a comrade from Pittsburgh in the head after a disagreement.
But the bullet did no harm. It glanced off the Pittsburgh man’s head.
War had come to York County.
Later in the conflict, Camp Scott gave way to Camp Curtin near the rail hub of Harrisburg, located more safely on the east side of the Susquehanna River.
The Camp Curtin Historical Society, sponsor of an upcoming Civil War encampment, takes its name from that camp:
A Camp Curtin release on that event follows:
The Camp Curtin Historical Society will hold its annual Civil War Days in Lemoyne June 21-22, to commemorate the 145th anniversary of the Gettysburg Campaign.
Activities include:

– Cooper’s Pennsylvania Artillery Battery will camp at Lemoyne’s Negley Park and conduct cannon firing demonstrations at 1-3 p.m. on June 21 and 1:30 p.m. on June 22. One of the highlights of the weekend will be the spectacular evening cannon firing at 8:30 p.m. on Saturday. For visitors who have never seen the full fury of Civil War artillery, this is a rare opportunity to see the flame as well as hearing the roar and smelling the gun smoke.
– Prior to the evening firing, the Victorian Dance Ensemble will conduct a Civil War dance at 7:30PM on June 21. Everyone is invited to attend and neither period attire or dance experience is required.
– Throughout both days, there will also be displays of original Civil War weapons and other artifacts, and presentations on local history.
– Camp Curtin Historical Society’s tour book, “Civil War Harrisburg: A Guide to Capital Area Sites, Incidents and Personalities,” will be available for sale and autographing.
The camp will be open to the public 11 a.m. to 5 p.m. on June 21, 11 a.m. to 3 p.m. on June 22. Free maps and information on other area Civil War sites will be available. All programs are free.
– Negley Park and the surrounding neighborhood, overlooking the Susquehanna River, was part of Fort Washington, the largest fort defending Harrisburg in 1863. From Market Street in Lemoyne, go north on Fifth Street, turn right onto Cumberland Road and the park will be on the left. Three blocks west are the remains of Fort Couch, the only preserved earthworks of the Capital City’s Civil War defenses. In June 1863, Confederate troops invaded Cumberland County and moved on Harrisburg. Union troops manned the forts on the West Shore and fought skirmishes with the Rebels on June 29 and 30 in present-day Camp Hill and Hampden Township. The Southerners were eventually recalled to Gettysburg and Harrisburg was saved.
For more information, telephone 717-364-9764 or e-mail campcurtin1861@aol.com.