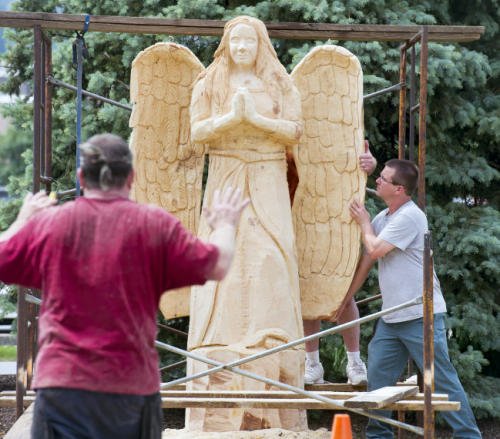 An angel tree at Pleasant Acres, a place that suggests peace and tranquility. That’s about right. A white pine chainsawed into an angel now greets you at the entrance of Pleasant Acres Nursing Home in Springettsbury Township. This is another example of chainsaw art that is going up all over York County. For some years, colorful murals were going up everywhere. Then the well-crafted sculptures of Lorann Jacobs. Now, chainsaw art, shaped by Brad Heilman, left, and other artists. So YorkTownSquare, with a soft spot for artists shaping the quality of life around York County, features this photo today. And the photo at bottom, too. It’s the tree before the chainsaw was applied. Also of interest: Church’s copper beech tree was early example of York County chainsaw art.

“Has anyone compiled the cartoons of Walt Partymiller? If so, where can one obtain a copy? If I can pick your brain. Is there a history of the Gazette and Daily or are the books compilations of the columns of J. W. Gitt?

Good to hear from a former Gazette and Daily staffer. I’ll answer Martin’s queries here. No such compilation of Walt Partymiller’s cartoons has been published. This YDR website show some of his work as does this YorkTownSquare.com Walt Partymiller category.

The compilation of Gitt columns Martin might be referring to is McKinley Olson’s “Sweet Land of Liberty.” But Mary Hamilton’s biography of longtime G & D owner J.W. Gitt  gives the comprehensive view of Gitt’s newspaper.

I did stories in a special section in 1996 in conjunction with the 200th anniversary of the York Daily Record, the Gazette & Daily and their predecessors. I’ll be mailing Martin a copy of that.

On mobile? Click here to view photo gallery
Third graders at a York County school dressed up as historic figures recently as part of a wax museum project. Love the creativity in teaching history. 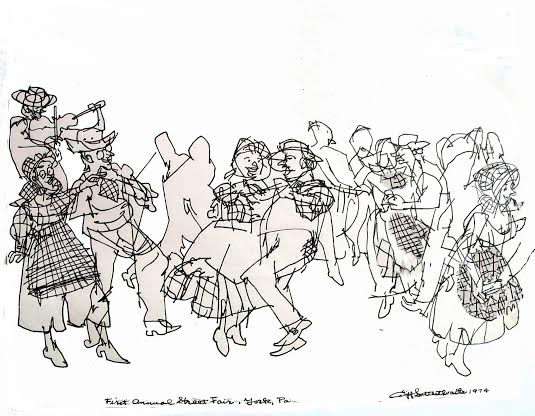 Cliff Satterthwaite captured this scene, which he called the first Street Fair. He dated it 1974. Could this be the initial Mother’s Day Street Fair, called the Olde York Street Fair? Probably. York City’s website says the one just passed was the 39th so maybe we’re off a year somehow.
History mystery: It seems that people remember Avalong’s. Feel free to click on the links to experience the memories. 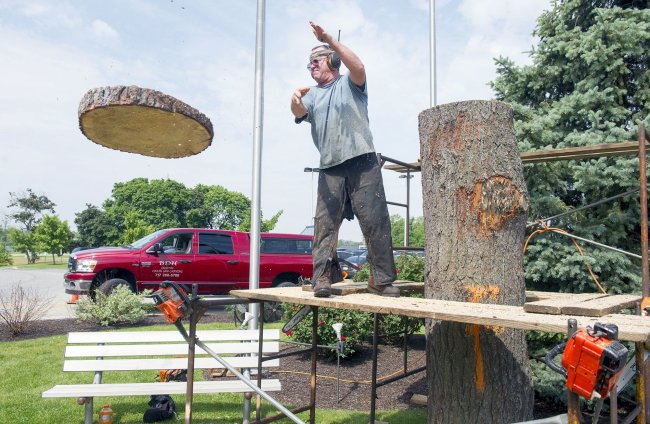 The “before” photo at Pleasant Acres. Check out this YDR photo gallery of the artist at work.