Where is the world is Webb’s Hill in York County? 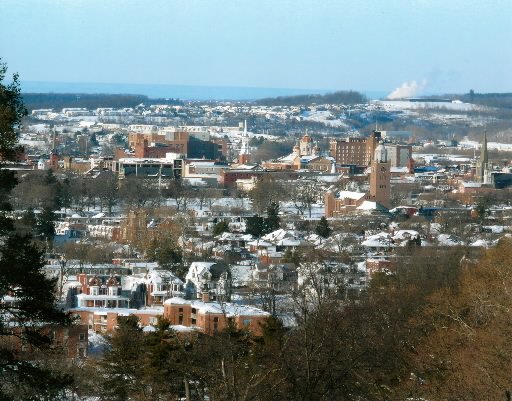 The York Water Company’s reservoir is atop Webb’s Hill, also known as Shank’s or Shenk’s Hill. The reservoir is at photographer Dorcas Haverstick’s back, and the camera is pointing to York City in this February 2010 view.

Jack Stuckey, jrstuckey@verizon.net, has queried about the location of Webb’s Hill. He has an relative with that surname.
He asked about Slate Ridge, too… .

Webb’s Hill is the hill south of York in Spring Garden Township. It’s known as the location of the two reservoirs owned by the York Water Company and a popular place to take a walk.
For decades, Webb’s Hill has given onlookers a birds-eye view of York and is topped with a large, lighted American flag.