From garden to can, New Freedom mural tells the story 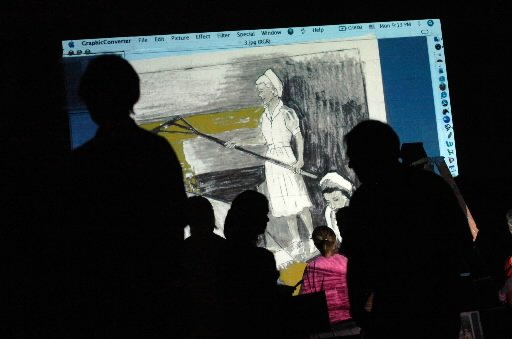 Community members watch the creation of the 90-foot mural sponsored by New Freedom Heritage. The mural tells the story of the former Charles G. Summers Jr. Canning Factory. Those working on the mural project a picture on a wall of the former cannery. This allows volunteers to trace the drawing so it can be painted in later.
The Murals of York are not the only series of large-scale panels telling the history of York County.
New Freedom’s second mural is going up on a building wall in that southern York County borough.
The New Freedom Heritage, a citizens’ group aiming to foster civic pride, preserve the town’s heritage and enhance its cultural character, has sponsored the mural.
A York Weekly Record story on the murals states:

The 90-foot mural on a wall of the former Charles G. Summers Jr. Canning Factory on High Street tells the story of the cannery, its workers and the local farmers who grew the vegetables for processing.
The work is a community-wide effort, committee chairman Brenda Putnam said.
“It is important to get the whole community involved. It is their mural, not ours. I’ve had over 200 children come and paint with me. We have six or seven local artists working with us and people from the community who want to paint, some for an hour or so, some longer,” Putnam said.
The group’s first mural, completed in 2005 on the wall of Marlin’s Auto Center, 7 E. Main St., features a steam locomotive, a reflection of the role the railroad played in the town’s early growth. 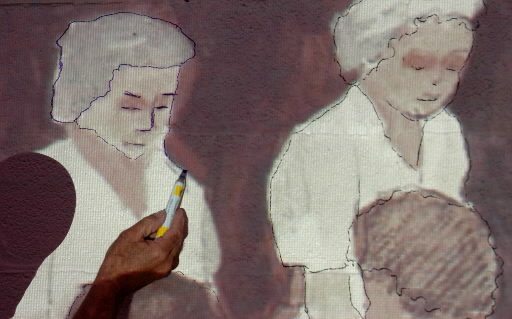 This projection on a wall of the former cannery allowed volunteers to trace the drawing. It was later painted.