What was famed York, Pa., architect John Dempwolf’s own house like? 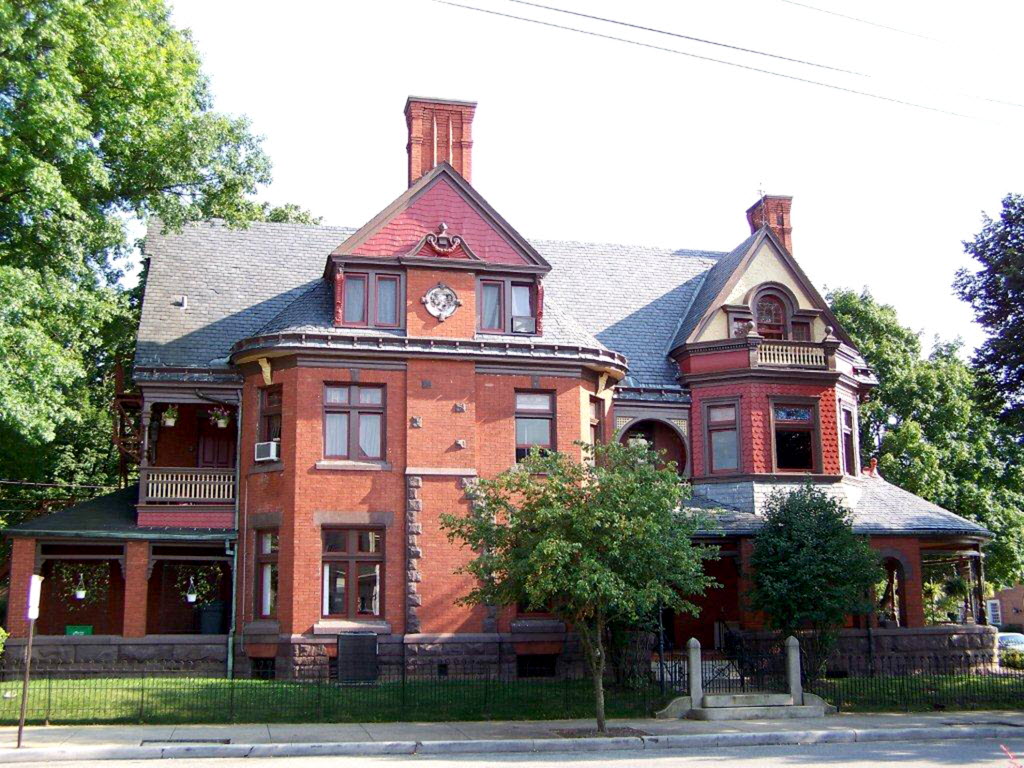 This is John Dempwolf’s house, still standing on York, Pa.’s South George Street. Background posts: Market House No. 4 – Central Market, York’s most popular and City directory first step in finding history of a house.
Brothers John A. and Reinhardt Dempwolf’s architectural work included York’s Central Market House, Penn Park Victory Monument, Fluhrer Building and the former Bon-Ton Department Store.
They have different looks but came from the same design benches at the Dempwolf firm in the late 1800s and early 1900s.
Simply put, the two brothers singlehandedly gave York’s skyline a varied look.
Which makes one wonder what about the touches John Dempwolf gave to his own residence at 701 S. George Street in York… . 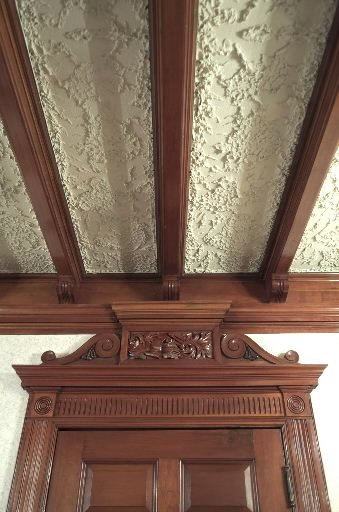 An example of the crafted workwork in the Dempwolf house.
An upcoming issue of “Spaces” magazine, produced by the York Daily Record/Sunday News, provides a glimpse into his attention to detail:

Those who want to redevelop York city point their fingers at what is already there: The admirable architecture that could, with a little loving care and the hiring of about 500 more police officers, come back to life with amazing, Victorian-era splendor.

That goes for even the highest-end living imaginable in York County.

And when all that splendor was first built, there was an extremely
good chance construction workers were following the plans laid out by a man named J.A. Dempwolf.

There were many architects with the last name Dempwolf, a family of architects whose members split time between the big cities of the day and the hometown of York, bringing back culture from other mansions in other metropolises along the eastern seaboard. The houses that now line South George Street are hallmarks of their success, albeit many of them are covered in the grime of neglect in that area of York.
In few places are both facts more evident than at the J.A. Dempwolf mansion, 701 S. George St.

It answers the question: What would the great composer write for himself, or the great novelist pen for her own enjoyment. Here, J.A. Dempwolf showed off his best for those who should matter most for all of us.

The outside of the J.A. Dempwolf mansion doesn’t look like much
today. And attempts at recent years to renovate it entirely,
including a failed bed and breakfast idea, have failed.
But the inside is still preserves in many places the grandeur of
wealthy, Victorian living, with attention to detail no designer can
surpass – more than 100 years after it was built.
Bob Sholly, a local auctioneer who sold the house recently for about $275,000, said the current owners are local and eluded to turning the now-apartment building into one big house again. 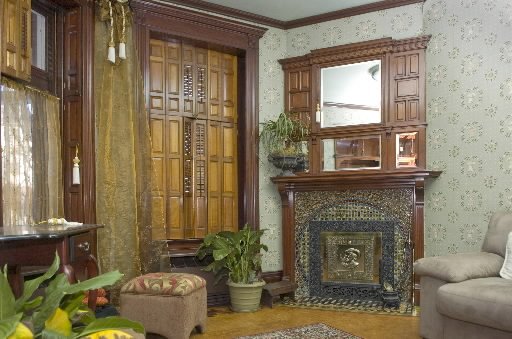 The library in noted architect J.A. Dempwolf’s former South George Street residence is filled with detail. Wooden shutters for the inside of the windows retract out of sight when not in use, hiding the craftsmanship in the body of the window itself, just as one example