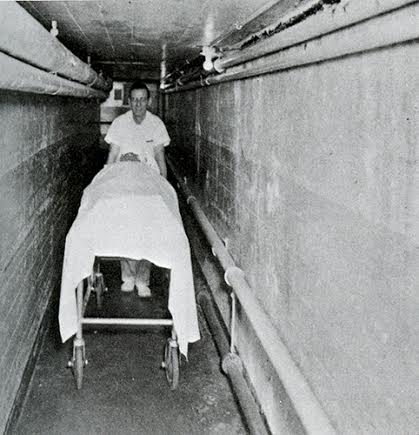 An underground passage connected buildings at the old West Side Sanitarium, an antecedent of Memorial Hospital. Food and patients were shuttled through this passageway. Ruth Kammer wrote in “Inside West Side” that the tunnel occasionally served as home to an “unfriendly, nocturnal inhabitant which caused some consternation to employees and patients.” Background post: East side Memorial Hospital formerly on west side and West Side Sanitarium, later West Side Osteopathic and later Memorial Hospital born in The Avenues in York and Pioneering York doctor slighted: ‘She felt … her professional status was well established’.

In his day, many people knew Dr. Edmund K. Meisenhelder, owner of West Side Sanitarium.

In fact, many still remember the surgeon who operated the private hospital, forerunner to Memorial Hospital, from 1913 until he retired and sold it in 1945. It then became West Side Osteopathic Hospital… .

Many more people know his son, York attorney Sam Meisenhelder. Ruth Kammer wrote in her book “Inside West Side” that young Sam remembers sleeping at the tall hospital the day before the circus came to town. He could then have a good seat in viewing the circus at the nearby fairgrounds.

But few probably know that Dr. Meisenhelder was himself a patient after his induction into the military in World War I.

Kammer writes that it was common in those days for the government to induct doctors, which caused hospitals to close.
Before he could serve, he contracted the Spanish flu. In those days, osteopathic practices used lymph pumps, which enabled the chest wall to raise and lower itself.

The author conjectures that this pump may have aided Dr. Meisenhelder’s recovery, and he went on for another 25 years as respected chief surgeon at his own hospital.

For all those York Town Square posts relating to the Spanish flu, see influenza. 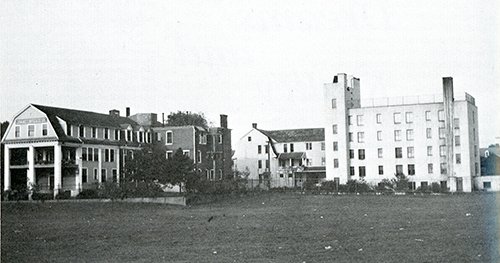