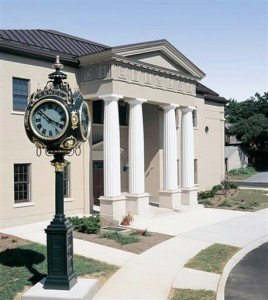 The National Watch and Clock Museum received a shout out when Smithsonian.com listed Columbia as one of the 20 Best Small Towns to Visit in 2014. ‘Columbia is also home to one of the world’s only horology museums, the National Watch and Clock museum, where visitors can contemplate the ever-nebulous subject of time,’ Smithsonian.com reported. Also of interest: ‘Columbia, Marietta, Wrightsville’ book feeds your sense of discovery.

In York County, we’ve long claimed Columbia over there across the Susquehanna as one of our own.

Hartley also fought for York to play that role, June notes. York had a little experience there, hosting Continental Congress in 1777-78.

In the end, neither Lancaster nor York counties received that nod because of a complex North/South compromise that sited the capital in what we know today as Washington, D.C.

That vote was lost, but Smithsonian.com just picked Columbia as one of the top 20 places to visit this year. The magazine cited the borough on the Susquehanna’s east bank as part of its search-and-enjoy mission of identifying towns with particular strengths in history, music, visual arts, learning, food, theater and science.

To get to Pinchot from Columbia, you most likely will pass through the heart of York County.

And the Smithsonian picked Havre de Grace on the Susquehanna River in northern Maryland as another spot on its top 20 list.

To travel from Columbia to Havre de Grace, you could take a canoe down the Susquehanna to where it flows into the Chesapeake Bay. Havre de Grace is right there. (As a commenter says below, you might want to portage around the three dams downstream).

But you could also motor through York County.

York County could benefit from the influential Smithsonian’s naming of Columbia and Havre de Grace as nice places to visit.

So here’s the question: Are we ready to welcome those visitors?

If we come through, perhaps Smithsonian will notice some town in York County in its best small town list in 2015. 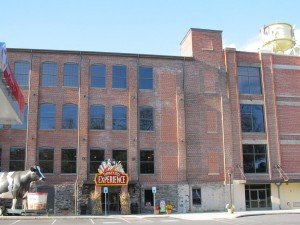 The Turkey Hill Experience is another Columbia museum, operating in an old silk mill.

Also of interest:
The view from Chickies Rock: Little Pittsburgh on the banks of the Susquehanna River?