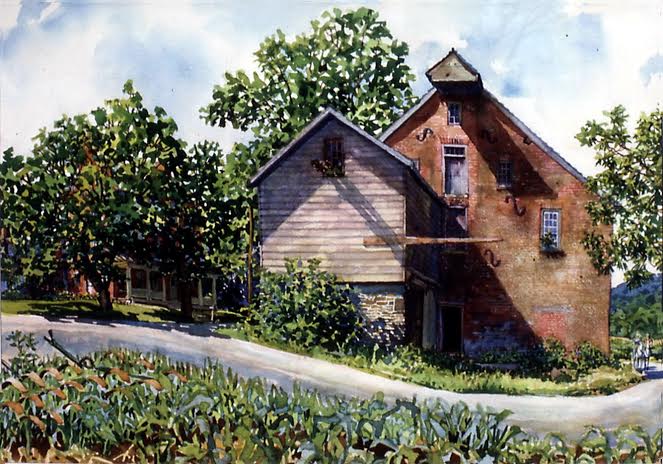 Former York artist Cliff Satterthwaite documented this York County, Pa., mill scene via watercolor in the late 1960 or early 1970s. ‘The little mansion house is on the left …I did 3 others (one big watercolor, and 2 large acrylics) on the front porch,’ he wrote. Can you ID this mill? (See answer below). Also of interest: Check out these other YorkTownSquare.com posts showing the work of Cliff Satterthwaite.

A reader wrote with this interesting query:

‘My husband and I were going down Royal Street in Fayfield and wondered who planted all the Sycamore trees and why. They are also planted on Eastern Blvd and I believe a stretch of Haines Road.

My response: “Wanda, I’ll have to drive by the section of Royal Street you’re referring to. part of that area was originally in the Old East York plans. You can tell because the sidewalks start near Market Street and then kind of peter out as you go south. Not sure if the trees you speak of were planted as part of that subdivision planning.” 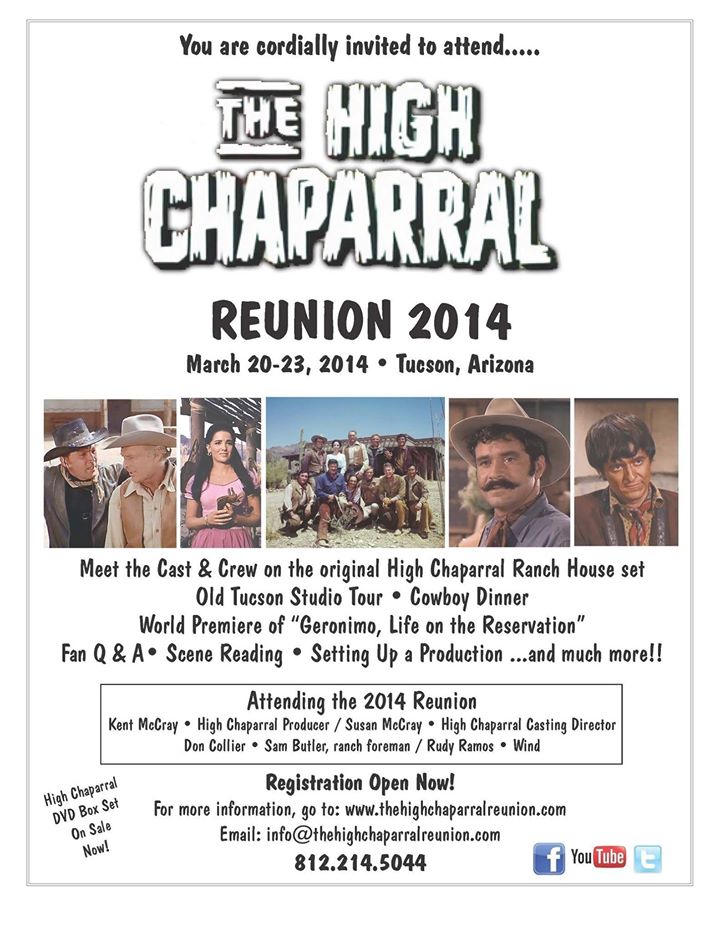 The Cameron Mitchell Facebook page is the center for news about an upcoming ‘High Chaparral’ reunion. Going to Tuscon to see this celebration of York County’s own Cameron Mitchell?

Store brings back memories: Manchester’s Jordan’s Super-Thrift was the focus of a Buffy’s World post, drawing on a discussion over at ‘I grew up in Manchester/Mount Wolf…’ Facebook page.

Who was Joseph Kennard? Kennard-Dale High School was in the new because of the wrestling prowess of student/athlete Chance Marsteller, who might be the greatest athlete to come from York County. To find out, check out Joan Concilio’s Only in York County’s entry: Joseph Kennard.

On eBay: A reader flagged a photo album online showing the family of York County doctor Alexander Blair and his wife Cassandra Small, both Civil War-era figures around York County. Hope it ends up in York County.

A big house: This joyous scene took place in one of York County’s best known mansions. Join in the commenting.

*The scene above is the old Reynolds Mill, that gave the York Township road its name. Cliff wrote about the series of his drawings that have been appearing here: “Thank You, Jim, for the access on helping to promote York in the eyes of the old that needs not to forget the great past …and in the hearts of the young to learn from it and enjoy it too!” We appreciate these seldom-seen views of York and will run many more. Stayed tuned.