Want a wax figure from the Civil War, Part II? Gettysburg figures to be auctioned 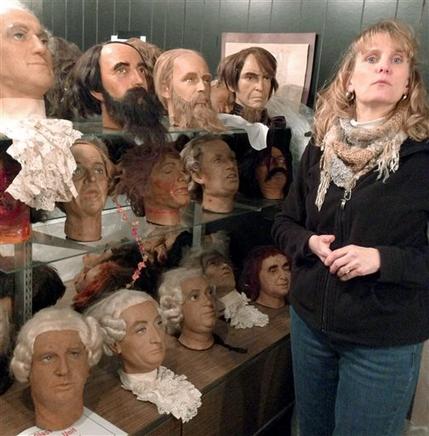 The American Civil War Wax Museum, now known as the Gettysburg Heritage Center, is auctioning its wax historical figures. You’ve read about that: Want a Civil War figure? But it’s back today for two reasons. This AP photo of Tammy Myers with the heads of characters is winsome. And the AP reports another interesting thing: ‘As part of those changes, it is preparing to unload dozens of its historical figures – most made of vinyl, not wax – in what the auctioneer calls a once-in-a-lifetime sale.’ The museum is renovating and retooling its exhibits, so is selling its longtime characters and scenes. ‘The March 15 auction will also feature diorama contents, tapestries, furniture and books. The items include soldiers, a Southern plantation scene and the Lincoln-Douglas debates’ stop in 1858 at Knox College,’ the AP reports. So, check out these scenes that could be yours. And this photo gallery, too. Auction details: Wax museum. Also of interest: Shoes, other artifacts found in walls of Gettysburg Seminary Ridge Museum. 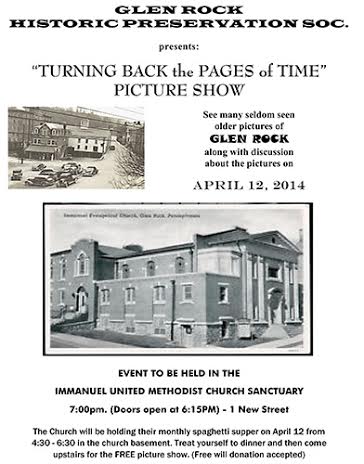 1. Free event from the Glen Rock Historic Preservation Society, with this description:  ‘The presentation will give the attendees an opportunity to see many unseen or seldom seen photographs of Glen Rock from the early 1900’s through the 1940’s with discussion about the pictures.’

2. The York County Judicial Center has been up for well over a decade. But it’s now going to be built out, its vacant fifth floor will house court facilities. Since its beginning in 1749, York County government’s growth has been a constant. 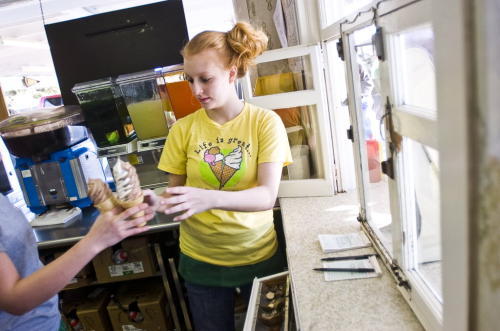 4. Coffee soup, anyone? Well, this culinary drew a lot of interest on Facebook.