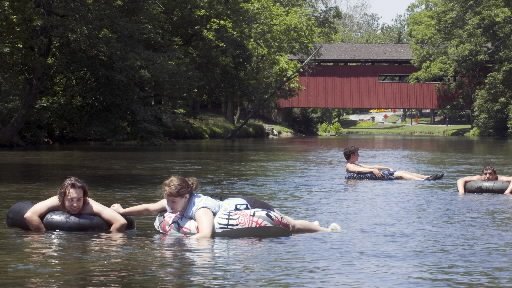 Dallastown’s John Fishel is concerned that the Minnesota bridge collapse will spell the end of local steel truss bridges – those big, picturesque, bridges with the overhead beams.
These impressive bridges will be replaced by blander, modern bridges in the name of safety. Perhaps some could be left standing, he wrote.
York County has lost all but one of its covered bridges in the course of modernization. Meanwhile, Lancaster managed to hang onto 29 of its covered structures… .

According to Fishel’s count, York County has 11 truss bridges with beams overhead.
“Perhaps some publicity will convince those with the power to do so to at the very least acquire land (eminent domain again, I know) to bypass these bridges and let them stand as they did with the N. George St./York Haven Rd. bridge,” he wrote.
“Or at least some publicity will convince those who care about such things to take a Sunday drive over these bridges while they still can,” he added.
The most noteworthy steel truss bridge left standing is a railroad bridge, topic of labor leader Dick Boyd’s “The Bridge”. That York bridge is the symbolic place where the modern labor movement started in York.
Here’s Fishel’s list of York County steel truss highway bridges with overhead beams: 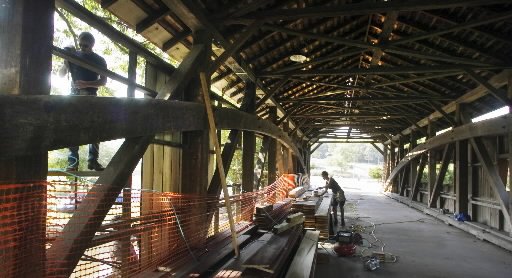 A contractor replaces siding on the covered bridge connecting York and Adams counties on Messiah College’s campus in 2011. Workers used materials that designed to give the bridge life for decades.