People mag features York native as a ‘Hero Among Us’ 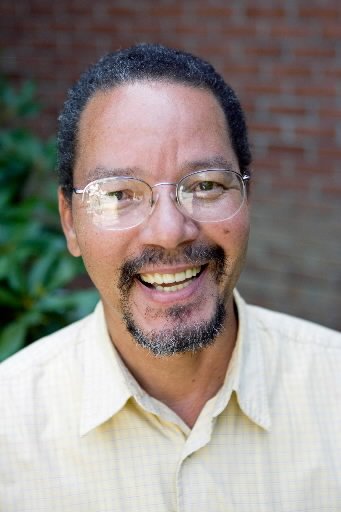 But for Hal Colston, they added to his understanding of poverty and its impact… .

Colston turned this understanding into a program against poverty that is gaining national headlines.
An article on Colston’s “NeighborKeepers” appeared in a recent “People” magazine article, as detailed in the York Daily Record/Sunday News (2/7/08):

Hal Colston had the idea in the shower, at 7 a.m. on Oct. 23, 2003.
The Good News Garage, the organization he founded seven years earlier in Burlington, Vt., to provide cars for low-income people, was booming.
But his work with the nonprofit had given Colston, a York native who lived through the 1960s race riots, a deeper insight into poverty. By the fall of 2003, he wanted a way to lift families out of an ongoing cycle of low wages and low expectations.
That morning, in the shower, the answer came to Colston. He would quit his job with Good News Garage and start NeighborKeepers, a program to fight poverty one family at a time.
NeighborKeepers, based on a similar program in Ames, Iowa, works like this: A low-income family — called a community member — partners with three allies, usually middle-class volunteers.
The allies meet with their community member once a week to talk about financial literacy, education and community connections.
Once a month, the community members and their allies meet in a large group.
“It’s really re-creating the old community,” Colston, 54, said. “I remember growing up in York in the ’60s. We didn’t have any of these nonprofits. We took care of one another. . . . I think we lost track of that in America.”
People magazine included a profile of Colston, and the Good News Garage, which has now spread throughout New England, in its Feb. 11 edition as a “Hero Among Us.” Other magazines, National Public Radio and television shows have done features on Colston and his work.
Poverty isolates people, Colston said. For example, the average middle-class person has between eight and 10 useful community relationships between work and other civic organizations. Those in poverty average between none and two, Colston said. Like anything else in life, who you know matters.
NeighborKeepers attempts to broaden the community dialogue through circles of support, Colston said. The group originally started with 10 community members and will add another 10 next month.
Often, Colston said, it’s the allies, who donate six to eight hours a week, who learn just as much as the community members.
“They come in and say ‘My friend here is working his butt off and doesn’t have any money. Why not? They don’t have any livable wage jobs? Why’s that?’ ” he said.
Colston grew up in York and graduated from William Penn High School in 1971. His mother and siblings still live here.
His family was active in the civil rights movement. He remembered watching the riots from his boarded up house on Penn Street. By the time he left for the University of Pennsylvania, he knew the only way to effect change was to fight for it.
“I knew when I went to college I had to go somewhere else because you could still feel the oppressiveness of that city,” Colston said.
After running a catering business in Philadelphia, he and his family moved to Vermont, where he took a job at the New England Culinary Institute.
In the mid-1990s, just after turning 40, he started in social work. The Clinton Administration was pushing its welfare-to-work programs, but Colston saw transportation as a problem that hadn’t been addressed.
The Good News Garage repaired old cars and gave them to impoverished families. Eighty percent of its clients were single mothers. Seventy-five percent of the people who received vehicles made the transition from welfare to work.
With NeighborKeepers, he dreams of a program that will one day be nationwide. The more community members and allies in the group, he said, the closer we get to moving beyond poverty.