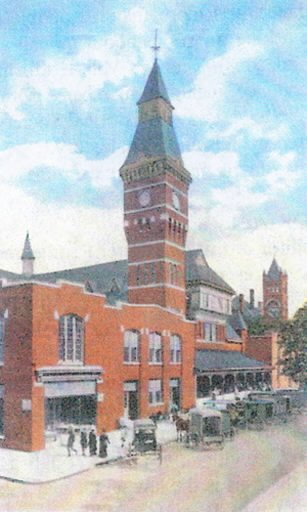 The postcard view above shows a bustling block where South Duke Street met College Avenue.
That block played host to the City Market house, the largest and most ornate of York’s five market houses, and York Collegiate Institute, forerunner along with the York County Academy, of York College.
Imagine today how that neighborhood could be different if those two buildings, gone for decades, remained.