Not all Confederate wounded suffered after Gettysburg 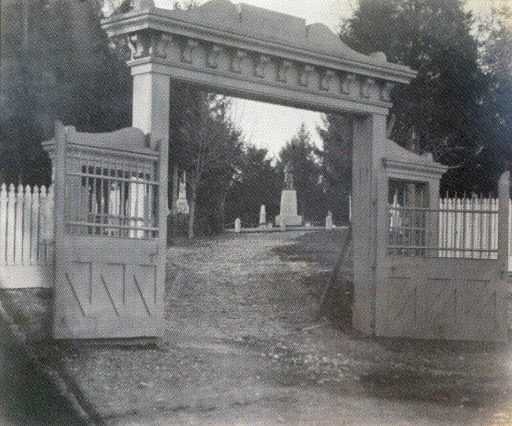 Soldiers Circle, where many Union soldiers who died at York’s military hospital were buried, is seen through the gate at Prospect Hill Cemetery in this undated photograph. (Photograph courtesy of York County Heritage Trust.) Also of interest: Prospect Hill Cemetery’s architecturally significant office well set among so much history.

As blue and gray soldiers, bunked in hospital such as York’s U.S. Army General Hospital, suffered and died in the aftermath of the Battle of Gettysburg, some of the wounded had a good life. In researching a sequel to his “Human Interest Stories from the Gettysburg Campaign”, Scott Mingus came upon an unfortunate story about William A. McCartney, listed as a York resident in his muster papers:

While the two warring armies warily dodged another major engagement in the two months after the Battle of Gettysburg, back in Pennsylvania, thousands of wounded soldiers were still being treated and massive numbers of Confederate prisoners of war were being held in various locations. In Harrisburg, fraternization between a wounded Rebel officer and his captors was taken to an extreme. Two Union officers, Col. William A. McCartney of the 133rd Pennsylvania and a Captain Elder, made a habit of temporarily freeing Confederate Capt. Robert Archer (the wounded brother of James Archer, who had become the first general in Lee’s army to be taken prisoner) and escorting him around town. According to a local newspaper, “They walk our streets together, eat together, and get drunk together. This is an outrage that should not be tolerated.” Elder and McCartney procured passes for their prisoner “to get beyond the precincts of the hospital, and introducing the cut-throat from saloon to saloon, where glasses were tipped in response to sentiments conveying hopes of mutual good health.” McCartney later disputed that they drank to the point of drunkenness, but freely admitted all else. 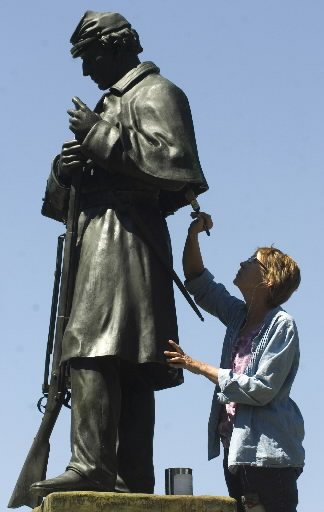 The lone sentry at Prospect Hill Cemetery’s Soldiers Circle get a coat of wax.