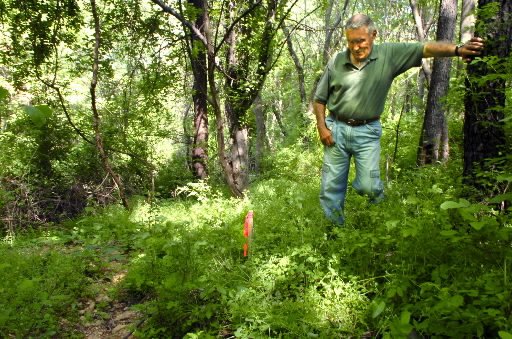 Dale and Gloria Oxley bought York County’s most southwest corner property in 1972. Their land included land in York, Adams and Carroll. This nearby monument (below) marks the Mason-Dixon Line, with ‘P’ facing north toward Pennsylvania. Also of interest: Mason-Dixon markers generate interest. 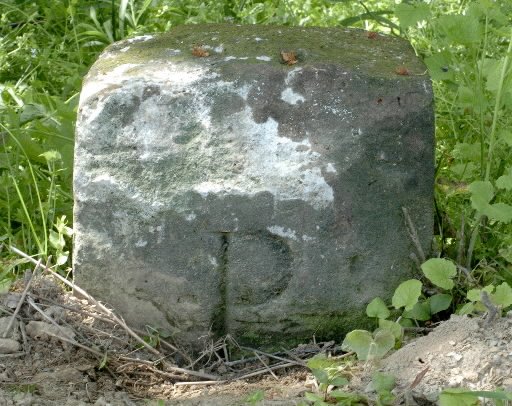 Mason-Dixon Line marker points toward Pennsylvania.
York Daily Record photographer Bil Bowden managed to find four corners in triangular-shaped York County.
His photo and story package, published in the York Daily Record, today found the owners of properties at the county’s extremes.
Here’s his intro that keyed in to a sweeping story and wonderful photos that tied together York County’s past and future: 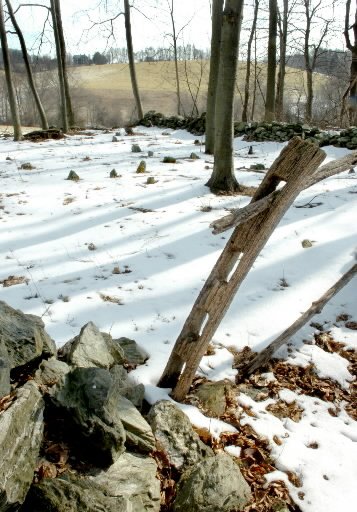 A black cemetery rests among trees in the county’s southeast. Owner David Yohn says no one knows how many people are buried here because of lost or stolen headstones or burials that never had stones.

York County’s four corners are a quick study in its overall makeup – mostly rural with a slice of urban and suburban development.
Framed by the mile-wide Susquehanna River on the east to the quiet Yellow Breeches Creek on the north, York County stretches south to the historic Mason-Dixon Line and west to the Adams and Cumberland counties’ lines.
At the county’s center, York jams 7,000 people into every one of its six square miles. But in Lower Chanceford Township, cows outnumber people – for now.
Most of York County’s 900 square miles is rural (2,550 total farms, according to the York Planning Commission).
But the county is changing. With the expected population boom in Aberdeen, Md., just 20 minutes away from York’s southeast corner, sleepy farm and woodlands might become suburban bedroom communities, just as southern and northern York County already are.