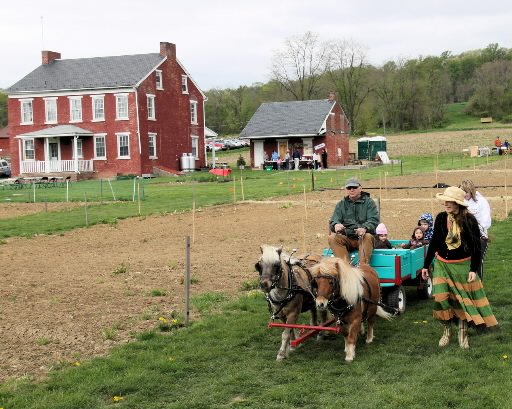 The Horn Farm Center for Agricultural Education is putting a spotlight on “the past, present and future of York County agricultural,” according to center’s mission statement. Background posts: ‘It’s so sad to see such a great piece of architecture fall down’, York County agrarianism vs. industrialization, Part I and Part II & III.
Once upon a time, a York feed manufacturer and retailer loved land he owned in the country.
As a history published in 2000 goes, he made products that aided the agricultural community but was not a farmer himself.
But he enjoyed his Hellam Township property with its barns, fields of grain and livestock. And he loved showing it off.
He died in 1964, and 17 years later, his wife and daughters gave the farm to York County.
A sign gives his name: …

“This land presented to the county of York by the family of David Edwin Horn in his memory, June 4, 1981.”
Since then, Harley-Davidson has eyed the Horn Farm for expansion. That acquisition was averted when Harley built next door to its current plant. More recently, a fire claimed its barn. This led some, including this blogger, to advocate the pursuit of the Star Barn near Harrisburg. That barn’s eventual resting site has not been released, but it apparently won’t be on the Horn Farm.
Meanwhile, a non-profit board has organized and plans to raise funds to develop the working farm into an educational center, planning to do for agriculture what the Byrnes Health Education Center in York does for health education.
And the non-profit board is distributing an authoritative history of D.E. Horn’s landmark property, compiled and written by June Evans (released September 2000):
Evans’ “Early History of the Horn Farm” follows:

June Evans listed the following references, which might be of general interest to those studying eastern York County history:

(Horn Farm contact information: info@hornfarmcenter.org, 717-654-0571)
For all farm and other agriculture-related posts from the start, click here. 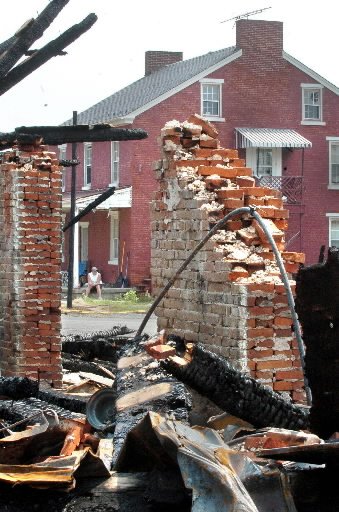