20 questions and answers to prove your York County, Pa., smarts 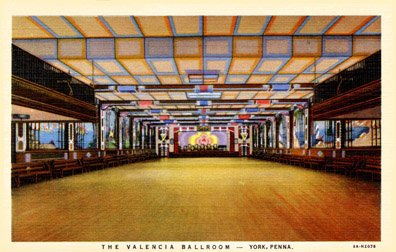 For years, the ornate Valencia Ballroom has been used for a variety of functions, including weddings and wedding receptions. Sidney Poitier, for example, was the guest speaker of The Junior League of York’s “In The Spotlight” Speaker Series. For more on the Valencia, see below. Background posts: Original WSBA station hands mic to demolition team and Valencia Ballroom became cool place during Depression.

You’re sitting in the living room surrounded by visiting loved ones.
And the talk perhaps turns to York County, its strengths, weakness and befuddling quirks.
And you want to show your smarts about this complex, often perplexing county, which boasts of a bottomless fund of history.
So began my most recent York Sunday News column:
So to help you strut your intelligence, we continue what we started last Christmas and come up with another 20 questions for you to pose (search on this blog for additional details) … .