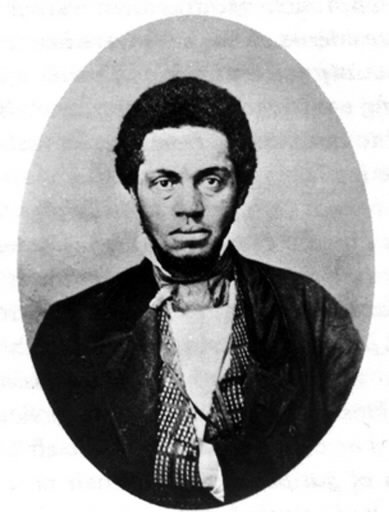 Osborne Perry Anderson, one of John Brown’s raiders on Harper’s Ferry in 1859, sought and found refuge in York after the failed attempt at starting a slave uprising. He later made his way to freedom in Canada. Also of interest: Civil War 150th Road Show parked in York, Pa.’s, Penn Park.

So when we raised questions in this post about whether York countians were justified in aiding John Brown raider Osborne Perry Anderson’s escape from federal authorities, Jim responded with vigor.

Remember that Brown and others in his band were executed for their actions.

YES. The tide was moving toward abolition and the “evolution” away from slavery as a core of the American South’s economic engine had already taken too long and could well have taken another 30 years.

(2) Did slavery, dependent upon violence against a race of people, need to be ended by violence?

Has non-violent, civil disobedience achieved positive change where there is violent oppression. Yes, but at the cost of life and limb of those protesting for change.

Less violent intervention is required when MORE of the TOTAL population, including members of the segment of that population benefiting from that very oppression, engage in non-violent initiatives for removal of the oppressive practices/system.

Those are Jim’s views.

All underground railroad posts from the start.

– The story of former slave William C. Goodridge of York, Pa., would play well in Hollywood.