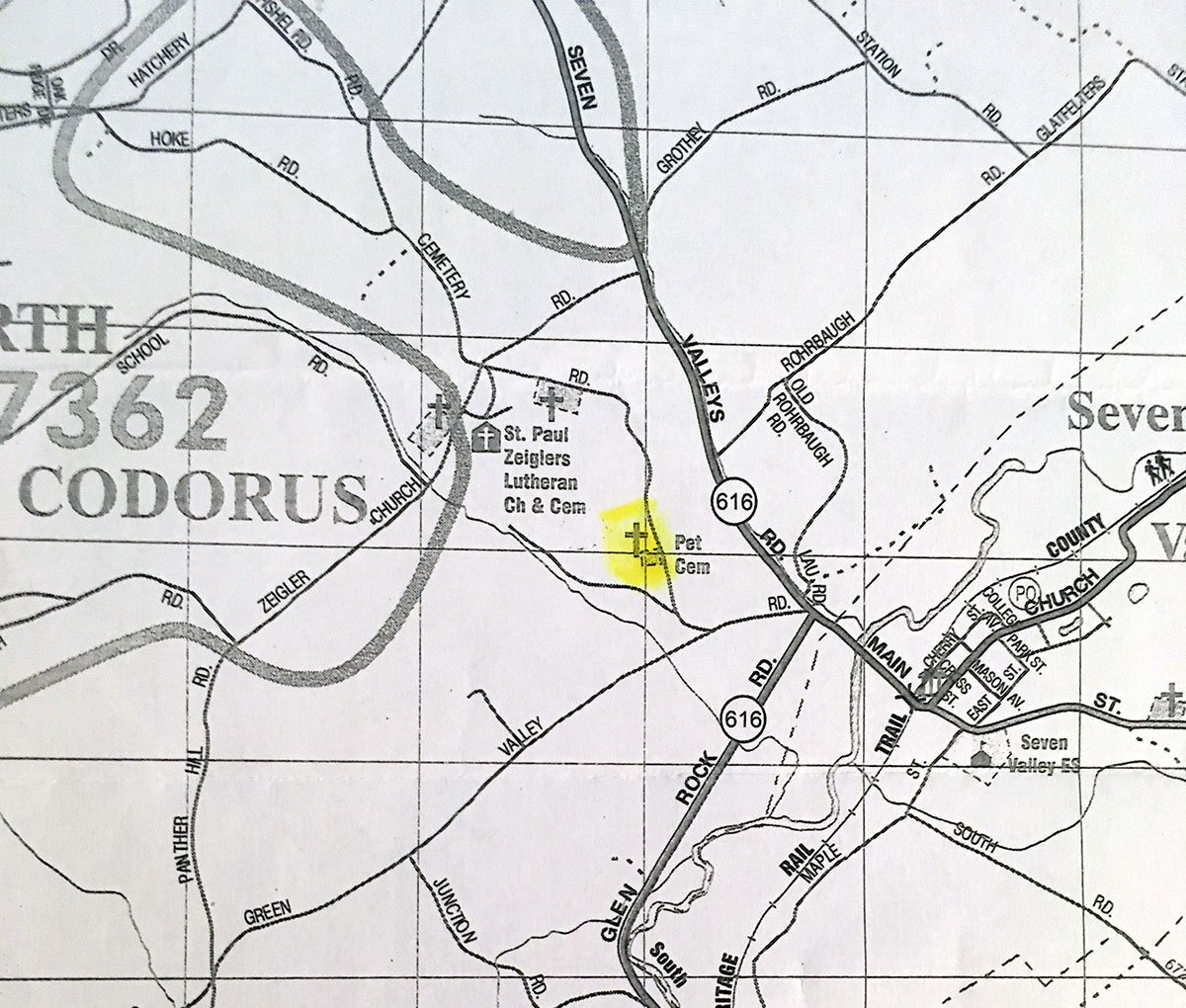 More than two years ago, in November 2018, I shared some details on a pet cemetery in North Codorus Township, near Seven Valleys.

Perhaps that’s a somewhat sad or unusual topic for memories – I still get a little misty thinking about my pets who’ve passed on – but I heard from so many readers whose beloved pets were laid to rest there that I knew I had to share.

Gloria Gotwalt of Springettsbury Township shared a copy of the booklet and receipt she and her husband received from Grandview Pet Cemetery in 1968 upon the burial of their pet, Sandy; the booklet contains a short note about the cemetery’s history from then-owners Clifford and Grace Gladfelter.

The book was published in 1988, so the cemetery was still a going concern at the time. In her letter, Joann wrote, “It was disbanded several years ago. Nothing remains, no statues, no markers, everything is gone… it’s just a shame something that large for its unique purpose is gone.”

She continued, “The barn/mortuary is still there. Mr. Murphy took over for Mr. Glatfelter and made coffins for the pets.”

And longtime reader and retired assistant fire chief for the City of York Greg Halpin wrote, “I had visited that pet cemetery in the Seven Valleys area a number of years ago, as I had read where one of the city fire companies had buried their Dalmatian mascot there. I had found the markers for a number of fire company mascots in that cemetery, but not the one I was looking for. Mother Nature was taking over the grave markers then, so I’m sure even less of them are visible now. They were all flat bronze markers except for the marble merker for the Reliance Fire Company’s mascot. And I believe that marker has been relocated to the fire house in West York. I have photos of the fire company mascot markers that I was able to locate that day.”

I’m very grateful to everyone for sharing these memories and would love to hear yet more information on what may have come of the grave markers and so on after the cemetery closed, so please feel free to share if you know anything!

2 comments on “An unusual topic for memories: Grandview Pet Cemetery near Seven Valleys”