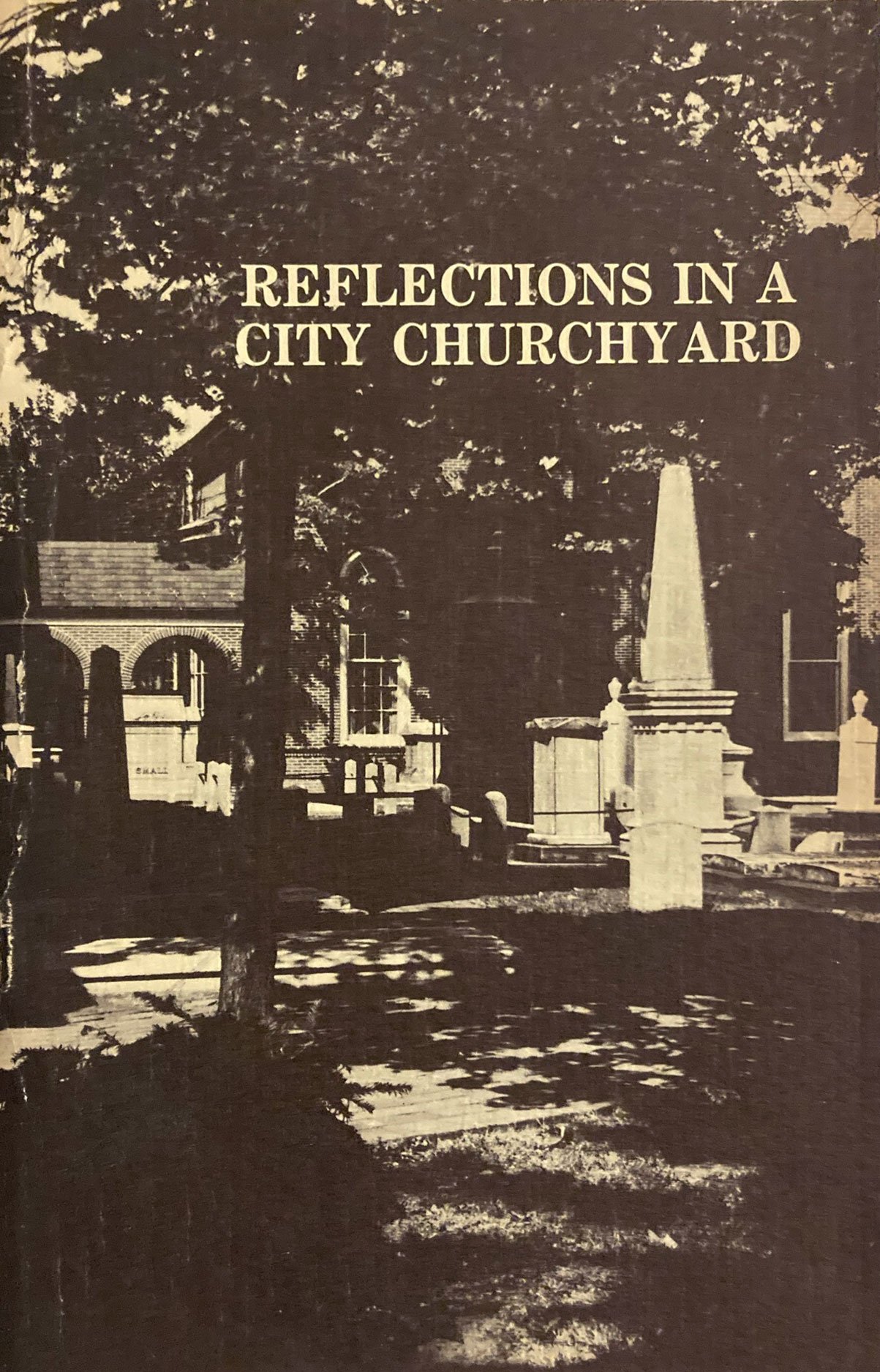 There are a number of books that people who are “into” York County history and culture pretty much all have and know. The former Polk directories for York city, both George Prowell’s two-volume History of York County, Pennsylvania and John Gibson’s book of the same name, several local historical societies’ retrospectives, Lee Woodmansee’s “You can tell you’re a Yorker if…” books, and works by my fellow York history writers, like Jim McClure and Scott Mingus, are just some of the ones that are top-of-mind.

Those are great books, to be sure. But what I really get a kick out of are the smaller, more focused works, especially those to which I have a personal connection, like my copy of the history of Mount Royal United Methodist Church in northern Dover Township, where I grew up. Seeing my parents’ names mentioned is always a joy, especially since they’re now both gone.

So when I was browsing at one of my favorite sources for such materials – Jim Lewin‘s York Emporium – and came upon a copy of “Reflections in a City Churchyard” in the local section, I was understandably intrigued. It’s a lovely 64-page paperback booklet published in 1983 that provides wonderful biographical snippets of the people known at the time to be buried in the churchyard of First Presbyterian Church at 225 E. Market St. in York.

That was several months ago, and in the intervening time, I didn’t do much more than take some cursory glances at the biographies. But when I pulled it out to begin to write this column, I saw a name I recognized. The book was published thanks in large part to the research work of Cassandra P. Stallsmith (Mrs. Charles I. Stallsmith, she added parenthetically), who also penned its introduction. Of course, I immediately wondered if she was related to the YDR’s Shelly Stallsmith, who is one of my liaisons for this column and a great source of York County stories herself!

When I asked, Shelly was kind of enough to let me know that Cassandra was her grandma!

“I remember that project. She always had a thing for old cemeteries, and like her father, was really interested in people’s history,” Shelly told me, adding, “And I think she kind of felt bad for everyone not named James Smith who was buried at First Pres. Everyone heard of him, but no one knew anything about the rest of them. It was kind of her motivation.”

Shelly said she even used the hold the papers as her grandmother did gravestone tracings in the cemetery.

“She really loved doing that, and loved that church,” Shelly said.

I, in turn, have very much loved reading about the church’s members and affiliates – including, but DEFINITELY not limited to Declaration of Independence signer James Smith. Today’s column includes a list of the family names of all those mentioned in the book as well as just a few of my favorite biographical sketches; I would encourage you to see if you can find a copy of the booklet if you’re interested in more, and to see more information about the cemetery on the wonderfully detailed Find a Grave website, which includes the names and birth or death dates (if known) for those interred there.

Family names included in “Reflections in a City Churchyard”

Note that I’m including these biographies verbatim from the booklet, so any date references are as of the book’s early-1980s publication!

James Anderson (1765-1813): His tombstone is so large and conspicuous (you can’t approach the Church on the brick walkway and fail to see his name carved in bold letters) it’s a shame we don’t possess a storehouse of information about himj. Actually, all we know is James Anderson was born in 1765 and died in 1813. His tombstone may have been erected some years after his death, for the carving on the flat stone surface seems much too clear to have been exposed to the elements for 170 years.

Louisa Durkee (1817-1892): The daughter of Judge Daniel and Mary W. Durkee, Louisa was born April 5, 1817, baptized July 27, 1823, by Dr. Cathcart, and joined our Church in 1854 with her father and sister Lucy. She was a member of our Ladies Aid Society and vice president of the Board of Managers of the Children’s Home. She was also active in the York Ladies Aid Society whose members performed so admirably in caring for wounded Civil War soldiers hospitalized at the old York Fairgrounds. When she died May 11, 1892, this was written of Louisa: “She was a lady of rare executive ability… she was a wise counselor, kind friend and devoted sister. When her body was laid beside kindred dust in the old churchyard, their family record was closed, she being the last of her name in the York Church.” Her will bequeathed funds to the Church for the upkeep of the Durkee family lot, with the residue to the Children’s Home.

Ziba Durkee (1793-1853): Ziba was born August 16, 1793, in Royalton, Vermont and died in York December 17, 1853. He built White Hall, a three-story hotel on the northeast corner of Beaver and Market Streets. In 1839 he entertained Martin Van Buren, and in 1842 Charles Dickens and his wife stopped for the night. Dickens is said to have stated that he was served at White Hall the best piece of roast beef on his visit to America.

Samuel Porterfield (died 1833): A small stone in the Burial Ground is inscribed: “In memory of Samuel Porterfield who departed this life on the 22nd day of March A.D. 1833 in the 39th year of his life.” A faded Treasurer’s account book records that a fee of $5.00 was paid for his burial.

Robert Wilson (died 1834): Robert Wilson was one of the distinguished members of our Church who signed the call to Dr. Cathcart in 1792. Tax records show that in 1783 he was a weaver. At one time he was the doorkeeper of York’s first jail located in the basement of a building at the northeast corner of South George and King Streets (the present day Reineberg’s Shoe Store). At age 82, he died January 24, 1834.

And, one last note of some interest – I mentioned in the introduction to today’s column that Prowell’s and Gibson’s History of York County books are well-known resources. Well, I was pleased to see that the churchyard booklet contained plentiful references to both in its biographies – a great way to bring things full-circle!