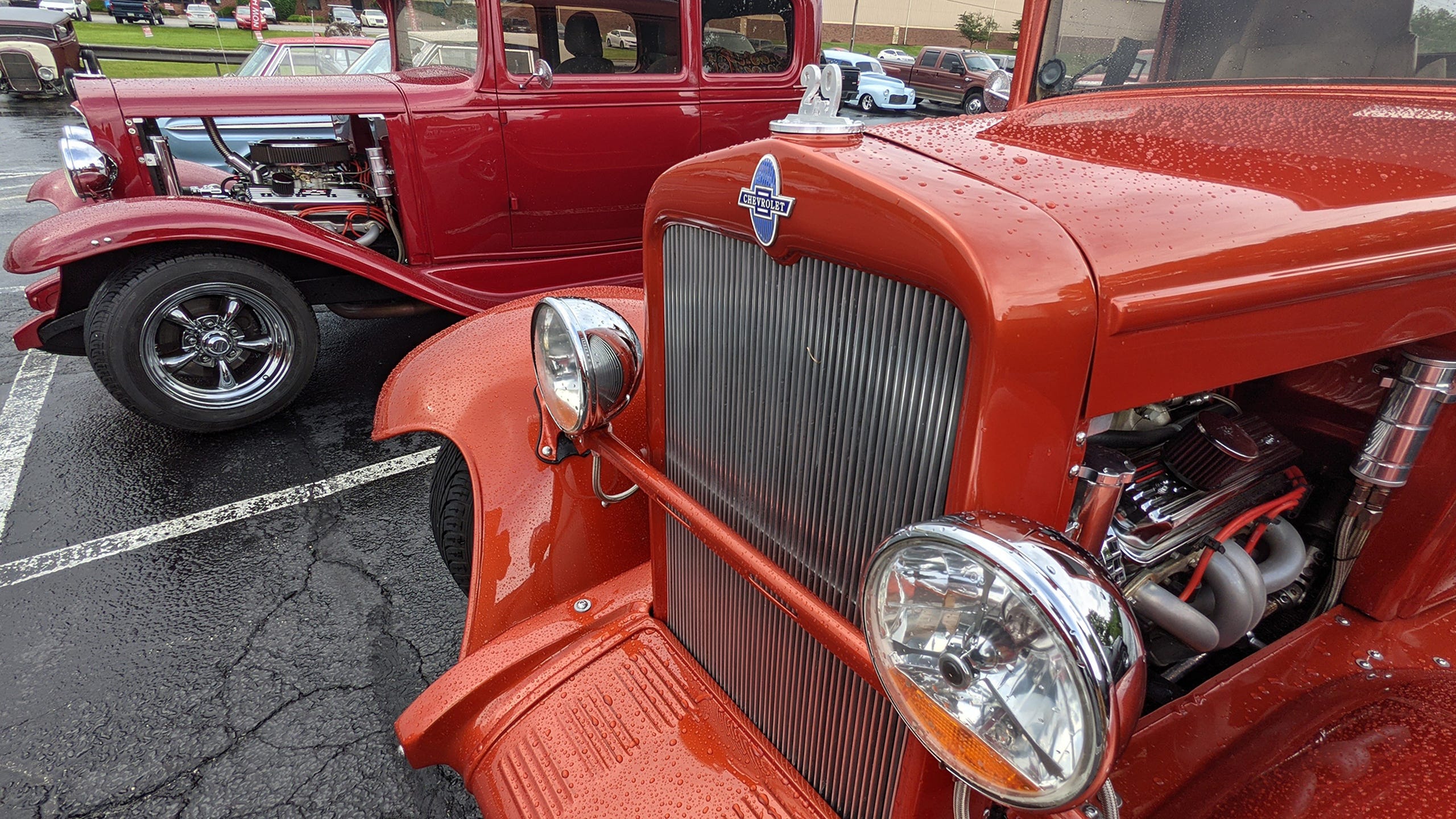 I just recently heard from Wayne Spyker of the Stewartstown RD 2 area about one of the things I love most about York County: Street Rod Nationals East! I was incredibly bummed to miss this year’s event in early June, but I have loved seeing all the photos from it shared across local media and social media.

Wayne, as I would learn, was quite instrumental in getting us this event I enjoy so much.

In his letter, Wayne writes:

“How did the Nationals East arrive in York back in 1981? My kitchen phone rang one evening in the fall of ’80. It was the events director, Gary Meadors, from the National Street Rod Association, searching to relocate the Nationals East street rod meet hosted at the Maryland State Fair grounds at Timonium. More room was needed for their growing event, while the Maryland facility was reducing their footprint by increasing the horse-racing track size (permitting a standard-sized racetrack for Maryland Preakness practice).”

Wayne was, at the time, president of the White Rose Street Rod Association, and said that Meadors “asked our club’s thoughts of feasibility for a move to Pennsylvania. We discussed some possible sites but were thrilled with their choice of the York Fairgrounds. However, in the background, several Pennsylvania street rod clubs were working on legistration to obtain a street rod license plate. Being a modified vehicle, our cars did not fall into the antique status where many had originated, nor did they fit the newly offered ‘classic’ category. Owners were being hassled by urban law enforcement departments who knew the misfit cars were a potential revenue source; your insurance agent was hesitant to insure the modified vehicle. State inspection stations were equally confused what was proper for the mechanical alterations.”

Wayne continued, “The White Rose Street Rod Association was a member the Mid-Atlantic Street Rod Association; its duty was a planning group for shows, meets and so rod run dates didn’t conflict. Within MASRA, several Pennsylvania clubs had pursued obtaining a state license plate, to no avail. A Philadelphia group spent seven years in pursuit, while a State College club was at the 18-month mark looking for a lobbyist and funding to present a bill to our state congress.”

Regarding the move of the show, he wrote, “Our club, buying a canopy to attach our banner, was ready for a June meet in our backyard at the York Interstate Fairgrounds! Moreso, we had invited all York County state congressmen to visit the event on Saturday and discuss the path of creating a state street rod license plate and inspection standards.”

Wayne added, “That weekend, there was a charity golf outing benefiting children, which most congressmen had entered. Replies from the golfers stated they would honor reports from those attending when they returned to Harrisburg. Attending Friday night – who would be golfing on Saturday – was state Rep. Sanford Lehr from West York. Don Mathews picked him up at his home in his bright red 1932 Ford 5 window coupe for the trip to the fairgrounds. As we walked, the street rods were cruising the roads. An early ’40s sedan with a V-8 engine passed, issuing a pleasant but mellow exhaust sound. ‘Where are the tin-can mufflers?” Rep. Lehr asked. We explained these are not hot rods of the ’50s but family transportation vehicles modified for comfort and safety for weekend outings. He was also impressed the normally idle fairgrounds was in use.”

He continued, “Saturday’s noontime meeting at the Yorktowne with state Rep. A. Carville Foster, the National Street Rod Association safety chair people, safety people from Pennsylvania MASRA clubs and our WRSRA board members. ‘Peck’ (named for his weekend bluegrass picker hobby) had stopped in the fairgrounds on his way to see the event and to monitor its tone. After lunch, we asked, while he answered, what it would take to lobby for a street rod license and inspection standards. Thursday I received a letter with the state seal in my mailbox. It contained a copy of the passed new law for a Pennsylvania street rod license. Returning to Harrisburg on Monday, ‘Peck’ explained our need to the House of Representives, who had passed a transportation bill the week prior permitting studded tires during winter months. They attached a rider to the House-passed bill and carried both across the aisle to the Senate on Tuesday for review and approval. He also noted it was an easy task as it didn’t cost anyone as the street rodder was paying all fees. Furthermore, it provided the state a yearly license fee instead of a one-time fee as antique tags produced. It provided annual required state inspection, again not required for antique tags. It permitted a class for insurance companies who wanted to insure those vehicles.”

And, he noted, “Back on the fairgrounds, our club members were enjoying their ‘backyard’ rod run. It was great all these visitors were enjoying York’s hospitality, but our club members (wearing club T-shirts) soon were sought out to assist the visitors. ‘Where can I get a thing-a-ma-bob for a 327 Chevy?” and so on. Jerry Henry barrowed my pickup to take an upstate New Yorker and his bent driveshaft to a West York repair shop so he could get home on Sunday.”

This year, as in past years, Wayne noted, he was glad to be along Route 30, watching the street rods come and go.

Wayne, who retired as a plastic mold designer and project engineer from Key Plastics, also included some follow-ups to previous columns and a couple questions of his own that I would like to share today as well!

Wayne, I certainly appreciate all your memories – AND your work to get the Street Rod Nationals East to town – and hope some of our readers will be able to jog your memories of those other topics as well!