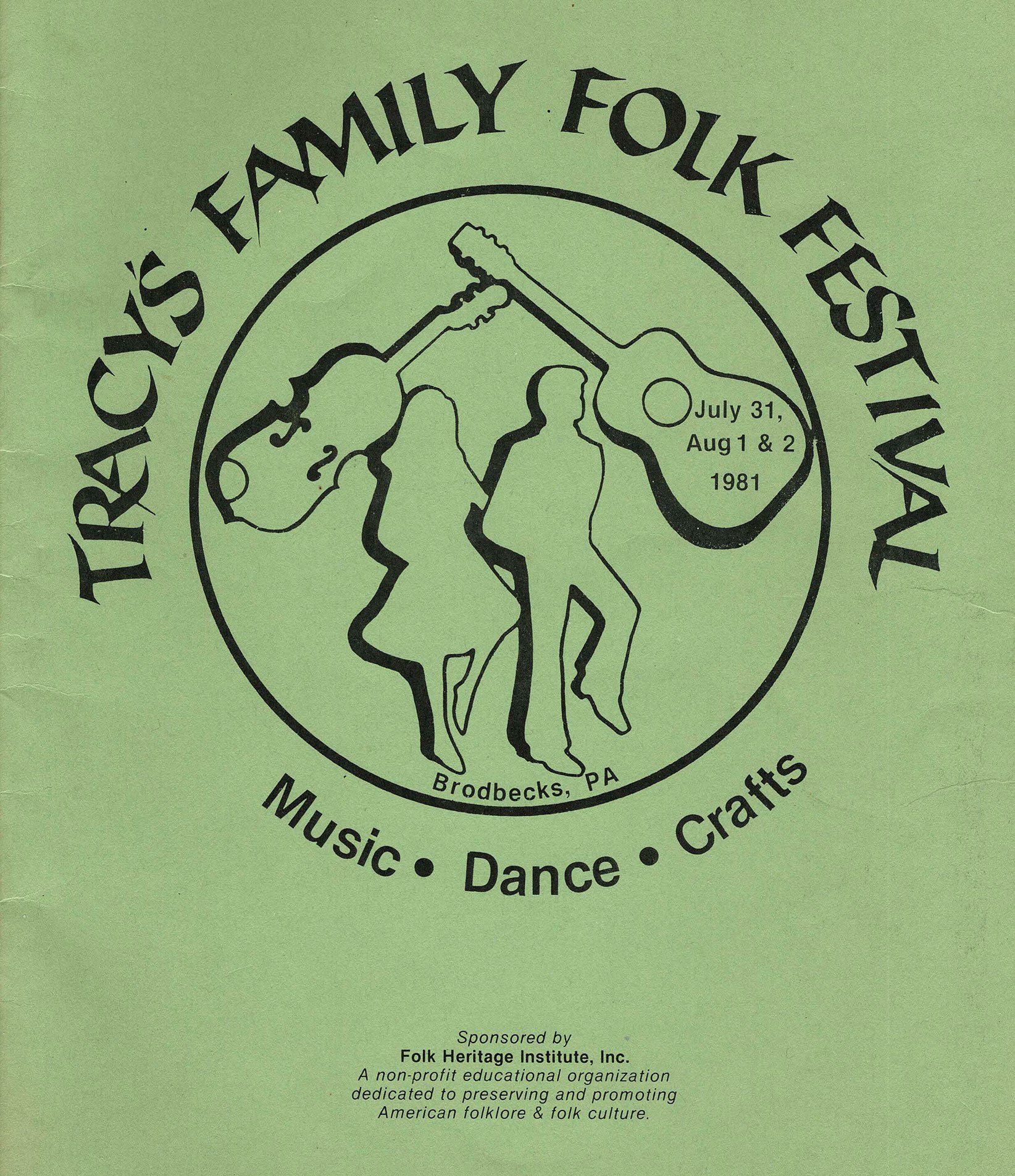 Reader Tom Whitcraft shared the commemorative booklet from Tracy's Family Folk Festival, held in the summer of 1981 in the Brodbecks area of York County, Pa., at which his father performed; this is the booklet's cover.
Posted by Joan ConcilioDecember 1, 2020December 2, 2020 Local memories, MusicNo Comments

Among the many cool things I’ve received from readers was a booklet from Thomas “Tom” Whitcraft of the New Freedom area, a souvenir from a 1981 event held in the Brodbecks area of York County.

Tom wrote, “I read with great interest your… past columns in regards to local country music performers of the 1930s. My father and his sister had a very large following. Their names were Frank Whitcraft and Mary Whitcraft, and they were known as ‘Frank and Mary.’ I remember him telling me years ago that they played with Happy Johnny and Cousin Lee and played at all the local parks in the area. They also had a radio program on WORK out of York and also were on a radio station out of Frederick, Md.”

He continued, “I have a program from 1981 of the Tracy’s Family Folk Festival, which has a writeup of the history of York County country music and a brief history of Frank and Mary written by my late father. Thought your readers might find it of interest.”

I agree that readers will most likely enjoy many of the snippets in the program for the event, which. I’ve included images of a few, and you can download a PDF of the entire program (30 pages, including the covers) here.

I did want to specifically include the text by Frank Whitcraft, titled “Once It’s In Your Blood You Just Can’t Quit! 50 Years of Music.” According to the program, Frank was also a performer at the 1981 event as a solo artist, along with performers Tracy’s Family Band, Bill Gipe, Dewey Balfa, Coal Country Cloggers, Van Mertz, Bobby Montgomery, The Adams Brothers, Lamar and David Grier, Lisa Null and Bill Shute, Connie Rockman, Spoony the Clown and many more.

Frank wrote, “It all started in 1929 on a farm in Southern York County near New Freedom, Pa., R.D. 1, of which I own part of the home place today.

“My parents bought our first radio and my sister and I would never miss the Grand Ol’ Opry on Saturday night at Nashville, Tennessee.

“It was then I decided to get my first guitar. I took about a dozen lessons and picked it up real fast. Then I quit and played by ear, which most country players do.

“It was back in 1930 that my sister and I decided to enter an amateur contest at the Y.M.C.A. in York, Pa. under the direcftion of Cousin Lee who was on W.O.R.K. radio station at the time. It was one of the happiest moments of our lives, because we won the first contest that was conducted.

“My mother made sure the battery was charged up good as we did not have any electricity at that time to run the radio, as she did not want to miss our programs.

“In one year, we made over a hundred personal appearances mostly in Maryland and Pennsylvania and made thousands of friends.

“Then the sad part came back in 1950 when my sister Mary got leukemia and passed away.

“Fifty years have passed now and I am still playing the guitar and singing. Once you get Country Music in your blood, you just can’t quit.”

Tom, thank you so much for sharing these memories with us! I am curious to hear from anyone who attended the event. It was marketed as the first of what the organizers hoped would be an annual tradition, so I’m also curious if there were, in fact, future events held as well!