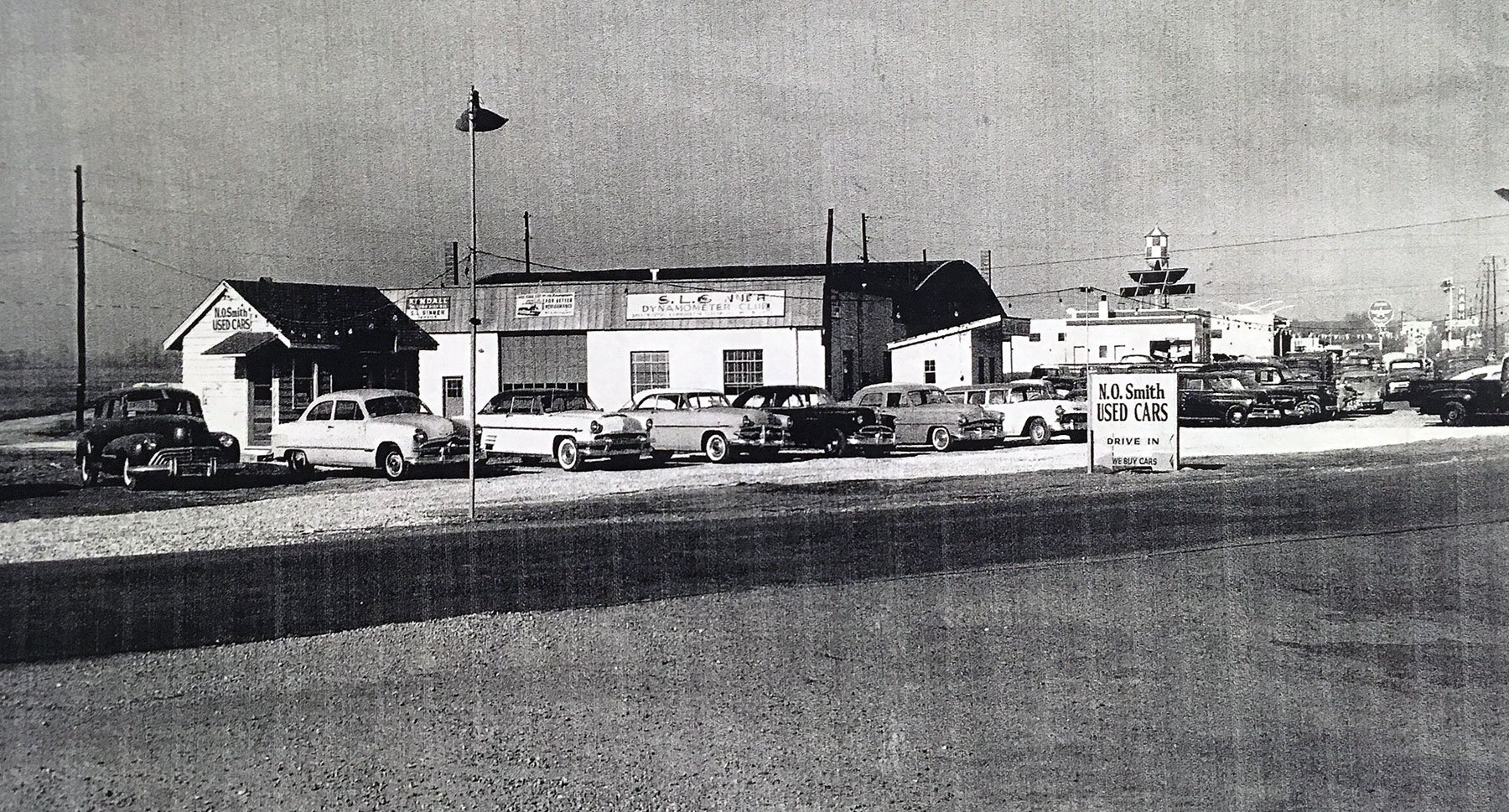 Bea Botterbusch shared this photo of the car dealership/miniature golf course/go-cart business her father used to own on Roosevelt Avenue in York, where the UHaul is now.
Posted by Joan ConcilioApril 16, 2020 Local memories, York City/SuburbanNo Comments

Today, I have a letter to share from longtime reader and commenter Tom Keasey of York Township. Tom wrote earlier this year after seeing a column in which reader Bea Botterbusch shared the photo you see here and asked if anyone remembered her father’s go-cart and miniature golf course and used car lot on Roosevelt Avenue in York, where the U-Haul is now.

Tom wrote, “Here are a few of my remembrances from the Smith’s car lot and amusement spot on Roosevelt Avenue located across the street from Lincoln Park during the early 1960s. As kids, we were too young to drive, so I can’t really say anything about the car lot. I guess it was like many other family-owned and operated car lots that weren’t affiliated with a national brand like GM, Ford, Chrysler or AMC. So, I’ll limit my comments to the amusement spot.”

He began by discussing the miniature golf course. “The concept of miniature golf was just coming into the area with Arnold Palmer’s Driving Range & Putting Course located next to the former Avalong Dairy Bar on Whiteford Road in East York,” Tom wrote. “It would give way to a Rutter’s Family Restaurant that would later become the home of the York Galleria. To the south on Queen Street in Spry, another miniature golf course call Little Duffer was located where the Olde Tollgate Village stands today.”

He continued, “For kids like myself who lived in the many northwest neighborhoods of York City, Smith’s amusement spot, the Twin-Kiss, the facilities of Lincoln Park and the baseball field located behind the airport hangar where York Boys Club played their games served as gathering spots for recreational activities. As best as I can remember the miniature golf course, each of the nine holes had a defined area with a sand surface and obstacles you’d need to navigate around; so, you’d need to go around twice to play 18 holes.”

Then, he switched to the other main attraction to the younger set at Smith’s, writing, “Now, let me say a few words about the go-carts, which were probably more popular. I’m sure there was a minimum age to drive a go-cart, but I can’t recall what it might have been. Helmets weren’t required and no one wore them. The engines had a governor on them to control the speed, but there always seemed to be go-carts that were faster than others; so, you’d soon learn to know which carts to ask for. As for the track, it was an asphalt-surfaced oval that had a line of tires placed around the curves. Thinking back, I seem to remember there were lights around the miniature golf course and the go-cart track so you could enjoy each at night.”

Tom ended his letter with something I didn’t know, even after hearing from him for many years – maybe a decade or so now! He wrote, “On a personal note, although I was, and still am, legally blind, I did everything my friends did, so this would occasionally include visiting the Smith recreation spot to play miniature golf and of course race the go-carts. Had Mr. Smith known this, I’m sure I would have been banned from the property. He was none the wiser and I can’t recall having any serious crashes that would have raised any suspicions.”

And, he concluded, “No matter if you played miniature golf or drove a go-cart, we always stopped by the Twin-Kiss to get a mixed cone of ice cream, a root-beer float or a sundae to top off an afternoon or evening of fun.”

Tom, reading these memories was just what I needed today. Thank you for sharing your memories of Smith’s! I have received others as well, which I hope to share fairly soon – but if you also remember this location, please let me know as I’d love to have even more memories.