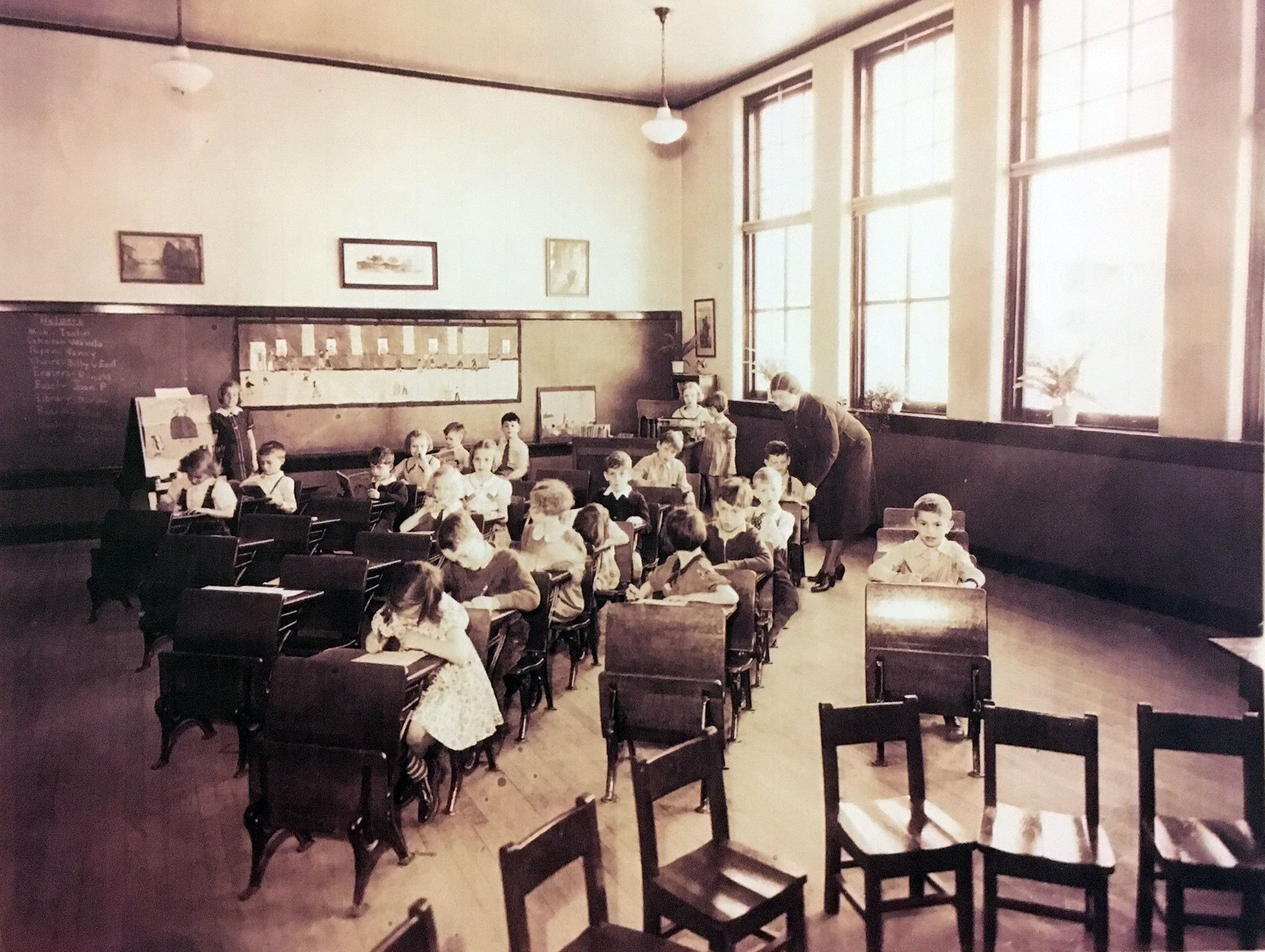 Joan Edsell of York shared this photo of a second-grade class at the old Wilson School in York in 1937.
Posted by Joan ConcilioApril 3, 2020April 3, 2020 Local memories, Schools, York City/SuburbanNo Comments

We homeschooled my son from 2012 until his graduation in 2018, so I’ve found myself in the position of “dusting off the homeschool hat” to give advice to my friends whose kids are now learning at home for the foreseeable future. Even with curriculum provided through the district, a lot of parents are wondering how to make things work while they’re working from home or how to make math less of a fight or whether you can learn anything from movies and TV.

The really short answer? It’s doable, but it’s hard. And for those of you who were thrust into it unexpectedly, I feel for you. Feel free to drop me a comment or email if you have specific questions. Much like my York County “expertise,” my real skill is knowing how to point you to people who know a lot more than I do, but I’m glad to do it.

In the vein of learning, I thought it might be nice to revisit a favorite topic: old schools. We have follow-ups on two today, Wilson School and Mount Rose Elementary School.

More than a year ago, I had a letter from Joan Edsell. Joan had previously shared with me some great photos of her mother, Florence Sheaffer, spending time at Dick’s Dam in Adams County.

In this letter, Joan enclosed two photos of “the old Wilson school,” as she described it. The first was of a second-grade class in 1937, and the other shows the cast of “The Wedding of the Flowers,” a production put on in 1939 by Wilson’s first through fourth grades and staged in the auditorium of Edgar Fahs Smith Junior High School to allow for a larger crowd.

“The Wedding involved a lot of costumes, singing, dancing and general stage business, and I remember it being a huge success (as in Ginger Rogers and Dick Powell),” she wrote, adding that an old friend sent her copies of the photos some time ago. “He was a dandelion and I was a rose,” she noted. “The heralds on each end were junior high girls since those were speaking parts.”

Joan said she did not need the copies of the photos she sent me back, and rather than just throw them away, I thought I would offer to mail them to an interested reader. If that’s you, please email me at joan@joanconcilio.com and I’ll get them out to you whenever I next get to the post office! (Warning: This is not a quick-to-ship item. I am on as solid of a “stay safe, stay home” quarantine as possible!)

Quite some time ago, reader Perry Brandt had written to see if any other readers had photos of the former Mount Rose Elementary School.

Not only did we get Perry those photos, thanks to Carole Haller, a number of people shared their memories of the school as well. Following that, Perry wrote to me again with even more info, which I am very glad to share.

He wrote, “I have done quite a bit of research on my old neighborhood, Green Hill, a neighborhood which included the Mount Rose schools, and I thought that there might be some interest in the school’s history.”

“The land on which the elementary school was situated was purchased in 1917 by the Spring Garden School District from Charles Hake, who sold a lot 80 feet by 320 feet that comprised the eastern half of the total purchase, and from John J. Landes, who sold a lot of the same dimensions as Hake, comprising the western half of the property, so that it measured 160′ along Mount Rose Avenue. Charles Hake lived adjacent to the school on the eastern side and ran a poultry business called Hake’s Hatchery. John J. Landes was heavily involved with buying and selling real estate in York and was responsible for starting Mount Rose Cemetery.”

Perry continued, “The elementary school on Mount Rose Avenue does not appear to have been in operation until 1925 and the rear building at 705 Ogontz was not operational until 1936. The latter was built on yet another lot purchased from Charles Hake in 1927. Kindergarten did not begin at the elementary school until 1948.”

“Few may be aware that another school preceded these in the neighborhood of Green Hill,” he continued, “which was appropriately named Green Hill School. This school was built on a lot 66 feet by 165 feet on the north side of Mount Rose Aenue, opposite Green Hill Road, at an address which would later be known as 1701 Mount Rose Ave. The lot was purchased by the Spring Garden School District from John Landes, father of John J. Landes, in 1873.”

Perry also noted, “The school was operating by at least 1876. In 1917, the school district sold the property that the school was located on to John J. Landes. However, the school continued operations there until 1923-24. John J. Landes died in 1931 and his estate sold the property to Irvin O. Kittrell, a minister and barber, and his wife, Fannie. The Kittrells maintained posession of the property, which had been converted into a residence, until 1988. In that year it was sold to Nedra Kauffman Baker, a daughter of the Kauffman family who owned the old Landes Homestead located at 1788 Mount Rose Ave. Shortly afterward, the building was torn down.”

He concluded, “Today, in its place is the new exit on the north side of Mount Rose Avenue, opposite Green Hill Road.”

Perry, I was thrilled to get this additional information, and grateful for all your research!