News from around the York Daily Record – and York, Pa 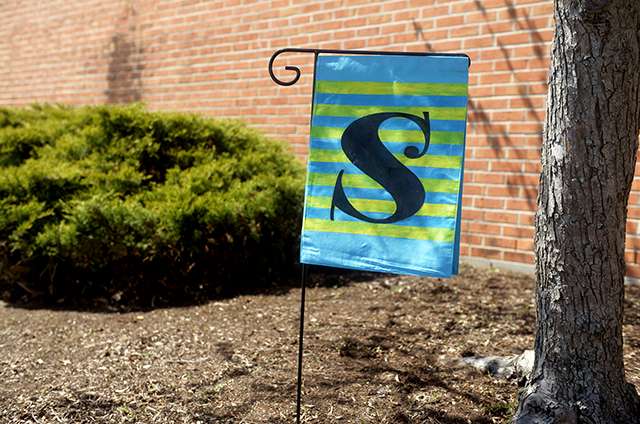 This outdoor garden flag – and a monogrammed one at that – comes from the creative hands and mind of the York Daily Record’s Samantha Dellinger. It’s made from two place mats, among other things. And it made for colorful cover art, tied to Mother’s Day, in a recent Weekly Record. For more creative stuff from Samantha, check out Artist Bloc.

Other news about the York Daily Record/Sunday News and its people.

YSN columnist feted: A fund to purchase books, in honor of Gordon Freireich, was set up at Martin Library. Read more: Honors fund.

Photographer to be married: The YDR gave a surprise shower for Chris Dunn, soon-to-be-married to freelance photographer Jeff Lautenberger.