Congratulations to the winners of the York Sunday News word search contest, published on the editorial page New Year’s Day. Contestants were asked to use clues to identify names in the news from 2011, then find them in the word search. Each correct entry was entered in a drawing for three prizes (see the video above).

Answers to the puzzle after the jump… 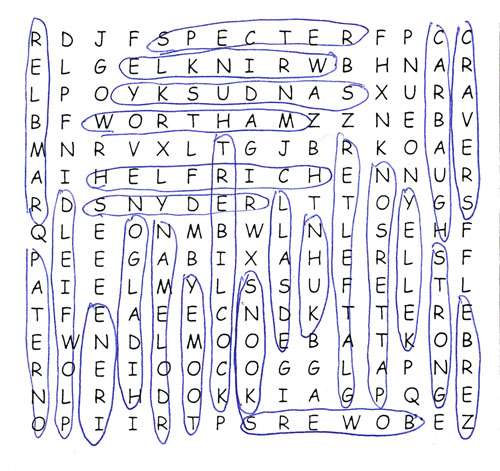