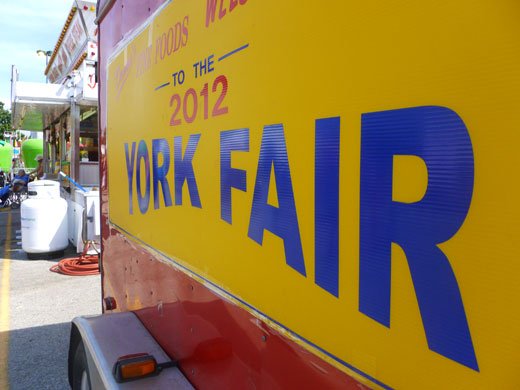 The 2012 York Fair has come and gone – and the customary extra weight around my midsection as a result is here for a visit. In good news, I won a second-place and third-place ribbon respectively on two photos from around York County that I entered, and my daughter, Sarah, won a first-place ribbon for her homemade soaps! 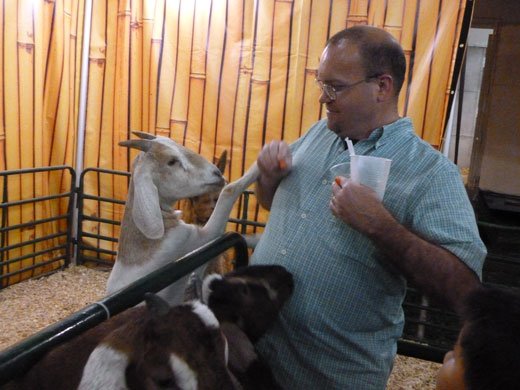 1. Wondering where The Pickets was
2. Signing up for home delivery
3. Mountain oil from Boyd family

1. My question is this, see if you can find out where The Pickets was located. I have been asked by at least 4 people where it was at? It may have been in the Dover area. I had an aunt and uncle who lived there for awhile yrs. ago. My mother and father visited them, but I was too small to know any of the roads how we got there. Perhaps some of your readers will know?
– Billie Houseman

Any ideas for Bill? He’s a longtime reader and I know he’d appreciate the help.

2. Does the Daily Record home deliver in the Lewisberry area?
– Ken

This is a common question for us – can I get home delivery at (name your location)? Our circulation manager, George Sepic, told me that in Ken’s case, the answer is yes – and said that anyone with questions about delivery can always call 717-767-HOME, or email Bob Trazkovich at rtrazkovich@ync.com for more info!

3. Following up on previous columns about mountain oil, I received a letter from Barclay Boyd, age 78, whose grandfather was its creator, with even more info!

He writes, “My Grandfather was a painter, and contracted lead poisoning years ago, and became a self made pharmacist. One of the things that he did was design a ‘fix all’ medicine, which he called mountain oil. I have to assume that at his time and age, this was a legal practice, but I don’t know. The ingredients are alcohol, food coloring, and wintergreen flavoring. I have to assume that the people bought the product for the alcohol. but I don’t know. Was this the era of Prohibition? I don’t have a clue. I was a young lad and helped in the bottling. He mixed it all together in five-gallon bottles, one of which I still own. My job was to screw the caps on each bottle and screw them on tightly with a pliers. My Mother pasted the labels with glue made from flour and water, and my Grandfather poured the liquid into each 2 ounce bottle. It was a time consuming job for all, but it was accomplished. He passed away and my father continued to produce the necessary items to make the oil and sell it. The best buyer of the oil was People’s Drug throughout the York area. I do not know anything about the alcohol, except that it bought in large barrels, and the federal tax was about $55.00 per barrel, but don’t quote me on that. All I remember is that he always complained about the tax! He NEVER lived in Dallastown, but lived in a rowhouse (now known as townhouses), which was located on York Street in York. My Father lived in Dallastown when he took over the business in Dallastown. My Grandfather was a very religious man who only did this so he could provide for his family. He read the Bible daily, and never missed a Sunday in church. The church is a large brick church located out on East Market Street, close to the Strine Funeral home. I assume there is still there and you have seen it. I knew him until he passed, and even though I was very young, I cannot even dream that he would do anything that would be dishonest or illegal, such as use illegal ingredients in this product. By the way, his hobbies was cultivating roses in his back yard, and he had some real beauties! So now you have the rest of the story…”

I appreciated Barclay’s memories so much – and the information on his father’s residence vs. his grandfather’s, about which there was some confusion in earlier memories shared!