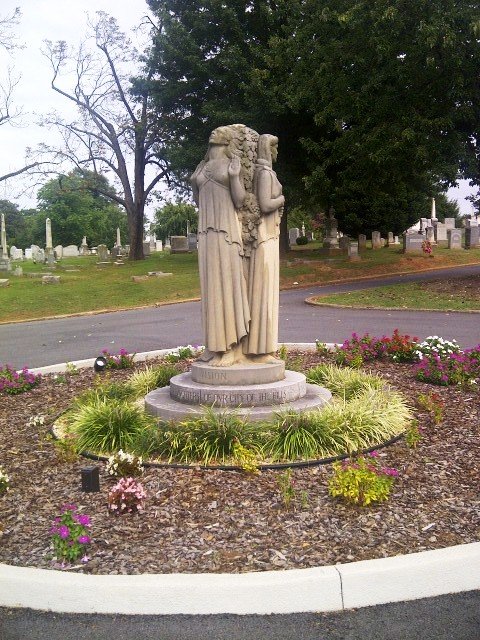 In my previous Cannonball post, I showed photos of the grave of Confederate General Jubal Anderson Early and briefly summarized his expedition through York County, PA, during the 1863 Gettysburg Campaign.

Early is the most notable person interred in Spring Hill Cemetery in Lynchburg, Virginia, but he is not the only one.

Several other Confederate officers who fought at the Battle of Gettysburg are also buried in Spring Hill, including James Dearing and Thomas T. Munford who both rose to the rank of general later in the war. 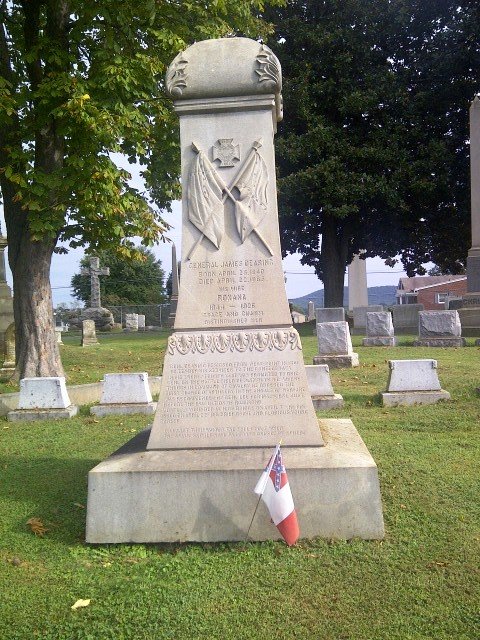 At Gettysburg James Dearing was a major in command of a battalion of Confederate artillery which participated in the intense bombardment before Pickett’s Charge. His four batteries were aligned along what is now West Confederate Avenue. 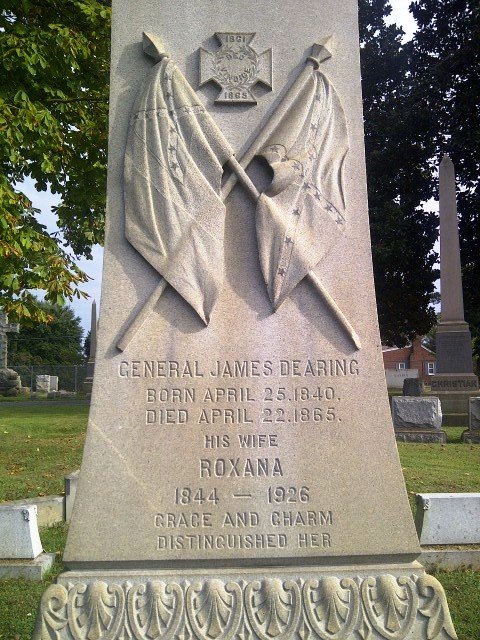 Dearing was promoted to brigadier general of cavalry later in the war. He fought a rearguard action at High Bridge in which he was involved in a swirling close-range melee with several Federals, including the two opposing commanders. Dearing, like the Yankee colonels, was shot down. 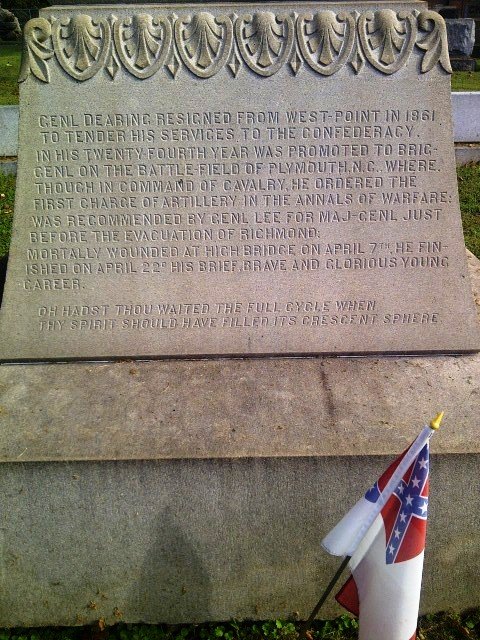 Dearing was stabilized on the field and later transported home to Lynchburg’s “Ladies Relief Hospital,” established in a leading hotel. He weakened and expired on April 22.

Dearing was the last Confederate general to die in the War Between the States. 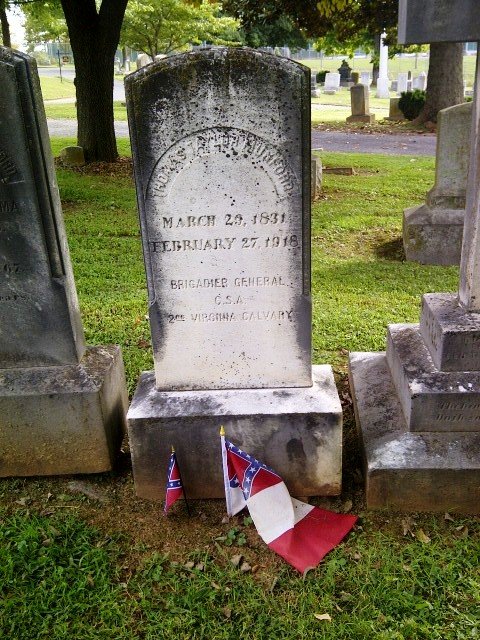 The other general buried in Spring Hill Cemetery is Thomas Taylor Munford. [Note the common misspelling of cavalry on his tombstone!]

At the start of the war, he was mustered into the Confederate service by none other than Jubal Early with the rank of lieutenant colonel of the 30th Virginia Mounted Infantry.

He later became colonel of the 2nd Virginia and served under J.E.B. Stuart. Munford led his regiment at the June 30, 1863, battle of Hanover in southwestern York County, PA, and then wearily rode with Brig. Gen. Fitzhugh Lee’s brigade through the late afternoon and evening north to Dover before camping for the night. On July 1, Munford led the 2nd Virginia Cavalry on to Dillsburg and then participated in the night-time clash with state militia at Carlisle. 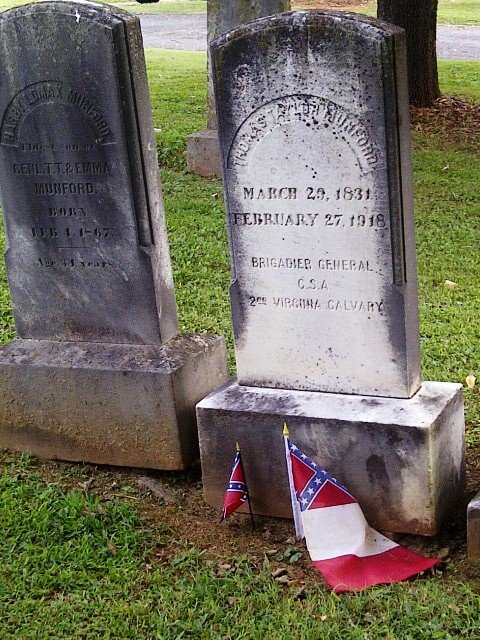 Munford received an appointment to brigadier general in November 1864, although the Confederate Congress never officially confirmed it. By the end of the war Munford was leading what had been Fitz Lee’s cavalry division.

Not wanting to surrender at Appomattox Court House, he led his men away from the Army of Northern Virginia and rode southward intending to rendezvous with another Confederate army down in North Carolina. He made it as far as Lynchburg, where he learned that General Joseph E. Johnston had also surrendered. He dispersed his men and left the war.

Munford died at his son’s home in Alabama in 1918 and was brought back to Lynchburg for burial.