Zimmerman Center on the Susquehanna: They came by land and river to see the improvements

‘By land and by boat, visitors stopped at the center Saturday to see the improvements.’ So said a subhead on a York, Pa., Daily Record story about a day in which visitors could see improvements to the already vastly improved John and Kathryn Zimmerman Center for Heritage. Mark Platts, president of Susquehanna Gateway Heritage Area, said the revamped Lower Windsor Township site links water to land. ‘Platts said work at the site has connected the Native Lands County Park to the center, and the center to a new pavilion and the Susquehanna River,’ the YDR story stated. Users can access the pavilion from dawn to dusk. Also of interest: A bit more about the Long Level’s Dritt House (now the Zimmerman Center), before and after renovations.

Interestingly, a York County Heritage Trust tweet showed boaters disembarking at Long Level in 1950. Today, those on the water have another place to come ashore to soak in some history.

Paul Nevin gives a tour of the basement of the Zimmerman Center, with its vaulted ceiling. Some people see ceilings such as this and immediately attach them to the Underground Railroad. Slave catchers probably would have looked there first. This architectural feature can still be found in old buildings in York County and elsewhere… . 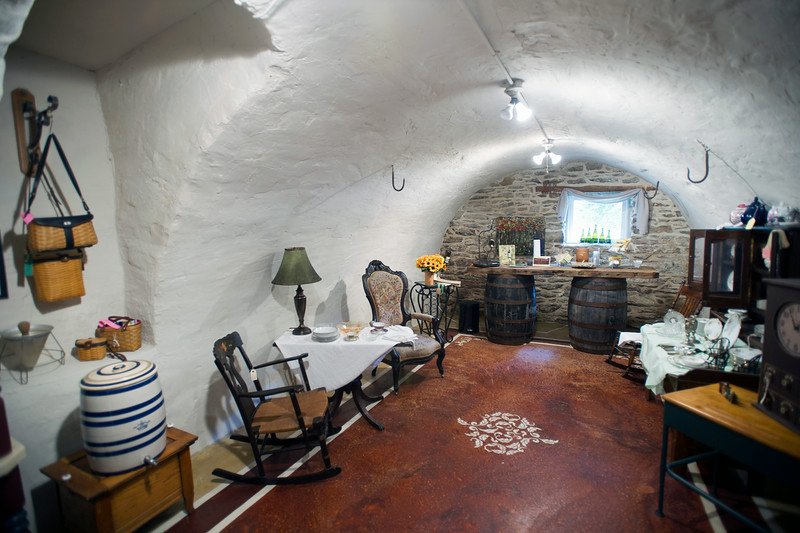 … Here’s another example of that design, from the Stone Mill 1792, in the southwestern part of York County.
+++
And the view from above

Nevin shows visitors the attic of the Zimmerman Center.
+++
The view from the Susquehanna 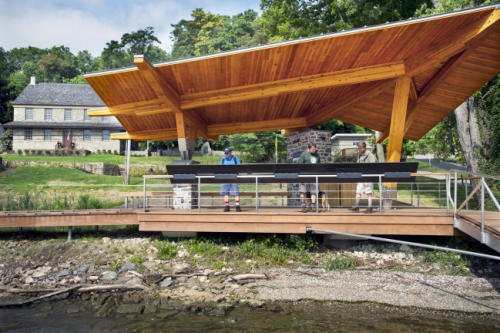 For a gallery of 27 photos showing additions to the Zimmerman Center, check out YDR’s Media Center.