Young violinist at The Strand: Surely this is York, Pa., at its best 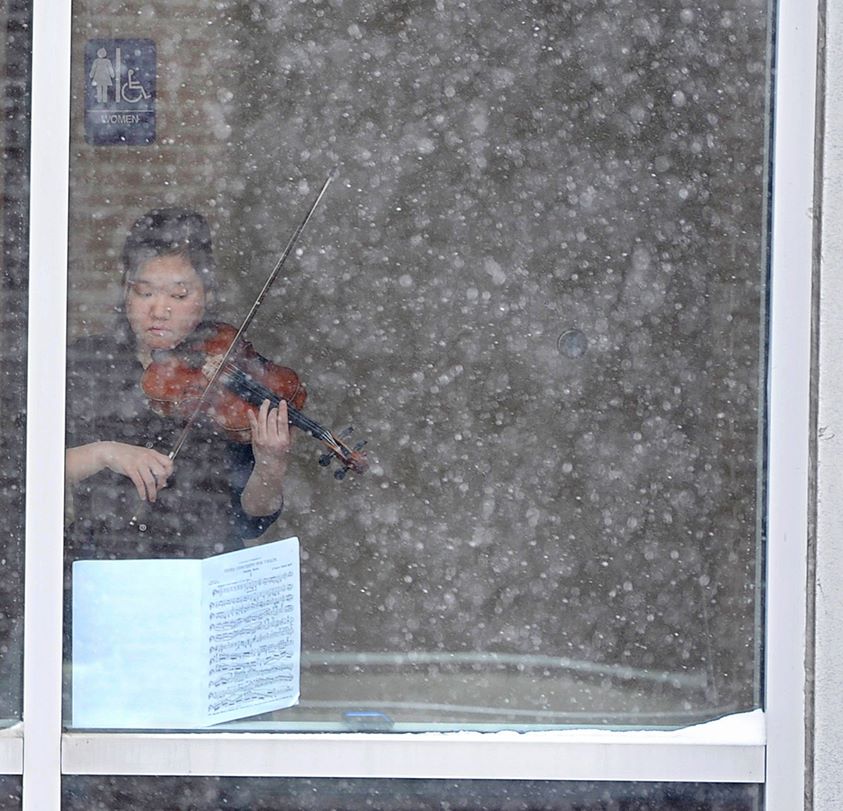 This last-weekend Jason Plotkin photo brings together many themes related to York, Pa., and the many efforts toward its rebirth. A young person. Downtown. In the Arts District. Unleashing creativity. Perfecting her craft. Undetected. Before a York Symphony concert. All warm inside, in a beautiful snow. Photographer Jason Plotkin, who captured this scene from a perch on the parking garage across the street, wrote on Facebook: ‘Hey folks, got this photograph of 16-year-old Kristen Zak today as she was practicing her violin on the third floor at the Strand. It was neat to see her there while the snow was falling just outside of her window.’ Surely, this is York, Pa., at its best. Also of interest: See other photos in this York, Pa., at its best series.

Other important items from all over … .

The York community has learned about the death of two major community and history contributors this week:

– Joe Boose was known to many of us because of love of community, his photography and his editorship of the Hametown One Room School newsletter. Joe was a force behind the communion, which brought together former students from one-room schools around southern York County. His community work will be missed. Here’s an example of Joe’s one-room school work as found on YorkTownSquare.

– Ann Small Niess, author of books about Elmwood Mansion, also passed away this week. Ann grew up in the Elmwood House, as she called it. I wrote this to Ann on my Facebook page a couple of weeks ago:  ‘ So good to hear from you. … . Still get inquiries about the Elmwood Mansion and I refer them to your books and your childhood home. You’ve made a lasting contribution to York’s story!’ Ann’s work appears on YorkTownSquare in several places. 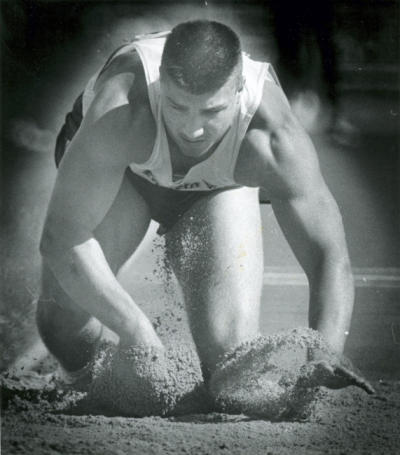 Jon Witman is best known wearing shoulder pads and a helmet – for Eastern High School, Penn State and the Pittsburgh Steelers. Still, the York Daily Record and GametimePa’s Throwback Thursday remembers his track days, too. Among other honors in the early 1990s, Witman earned a PIAA gold medal in the long jump with a leap of 21 feet, 9 inches.

FlipsidePa gives background about how Rob Evans’ paintings has migrated from the Corcoran Gallery to the National Gallery of Art:

“After the Corcoran Gallery closed in October, the National Gallery of Art got first pick of the artwork in the 17,000-piece Corcoran collection, Evans said. His pieces were among the 6,430 works chosen by the National Gallery in the first round, along with works by Pablo Picasso, Andy Warhol, Charles Demuth and other prominent artists.” Read the whole story at: Rob Evans/National Gallery.

History Mystery: More about Pennsylvania Dutch cooking … or is it cooking from … ?