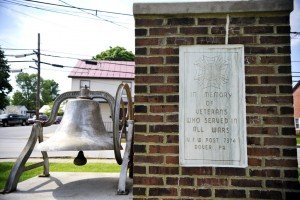 Dover’s Veterans Memorial pays the community respects to vets who served in all American wars. An array of such photos appear on a new Facebook page that gives Dover residents and others interested in this community along Route 74 an opportunity to share their thoughts and memories. That new page? You know you’re from Dover, PA when … . Also of interest:  Owner wants to know more about his property on Dover, Pa., square.

Pattie Crider is from Dover and proud of it. The Yorker is also studying professional writing at York College.

She’s combining these two interests in establishing a Dover community Facebook page – You know you’re from Dover, Pa. when … .

Fans of Dover are responding with an varied assortment of photos, clippings and information that will pull you in and make you want to keep scrolling for more.

This site illustrates the power of the web to create community – a coming together – in a world that specializes in fragments and pieces.

The Dover page was the topic of a brief exchange on my FB page:

Pattie Crider: Thanks for the mention of “You know you’re from Dover, PA when…” on York’s blog!

Me: Pattie, Really good stuff in there. Hope others discover it, too. Just want to point out if you’ve never seen, that a whole lot of accomplished, sung and unsung folks, have Dover ties: List of luminaries with Dover-area links lengthens with addition of George Leader.

Me: Also, don’t know if your ‘You Know You’re From Dover …’ site had anything to do with it but this post of Top 10 Eagle Athletes popped up in ydr.com’s Most-Viewed today – and stayed there: Dover: Ten best Eagles.

Pattie Crider: LOL yes, I noticed it moved up in the most viewed section of the newspaper. Funny how one little site I started for fun is really getting attention. Gotta love the Internet.

Me: The top 10 also reminded me that John Kuhn didn’t appear on that list. We got that from coaches, etc. But John turned out to be the most accomplished of them all and that’s a pretty worthy list. Btw, here’s John at Ship with the interesting fact that the Eagle is the most popular of all team mascots in the YAIAA!

Pattie Crider: The people of Dover want to know when a new article will run on Dover’s list of accomplished athletes will be redone AND an article on professionally successful Dover graduates. Just letting you know.

Me: That was a mammoth project that took months – so many teams. We took fan nominations, too. So, sounds like an updating would be a good project for “You Know You’re From Dover ….” We would run your results on my blog and in the paper!

Pattie Crider: I’m going to work the history of Dover into one of my fall college classes coming up. I can always find a way to work whatever I want to write about into my courses at York College! 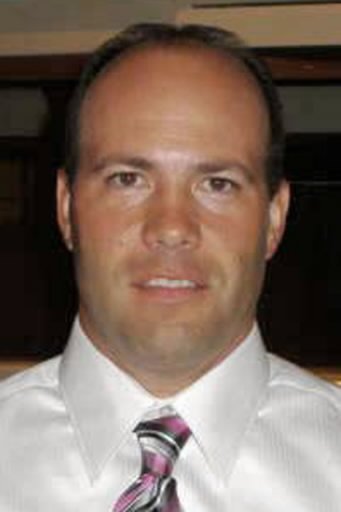 A busy Pattie Crider keeps up with her own FB page and a web page interestingly named girlboxer1970. It’s subtitled: ‘Just a girl writing in the blogging ring.’