You just don’t see buckaroos in York County, Pa., every day. But you do on Labor Day 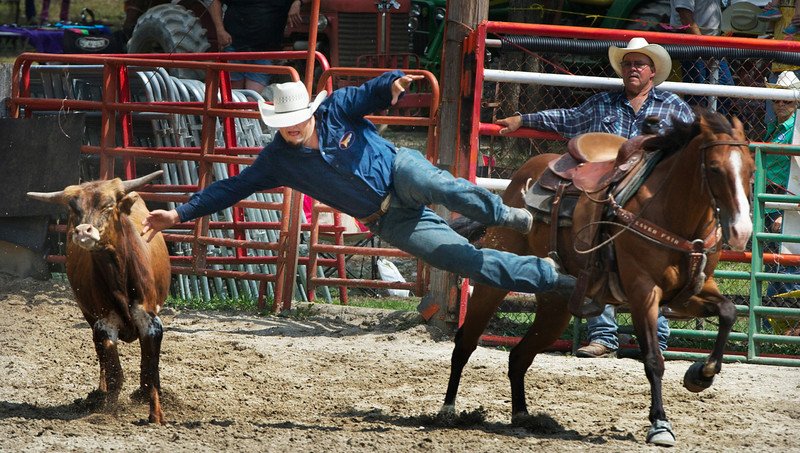 The Wild West reaches the York County Northwest? Yes, it’s a rite of Labor Day weekend up there in Wellsville. The rodeo at Wellsville Frontier Days, operating since 1961, is an organization for people who love horses and equine activities. For a gallery of ydr.com photos about the roundup at Wellsville, which is something you just don’t see every day in York County, check out: Frontier Days. Also of interest – other horse stories from York/Adams: About Hanover Shoe Farms: ‘They developed a stable of fast horses’.

Some of the credit goes to a particular post with a headline you can’t refuse: ‘Eliot Ness cracks the York Safe & Lock Company.’ It tells about the demise of the iconic York County company after S. Forry Laucks died in 1942, and the hand of Ness, of The Untouchables fame then with Diebold, in that decline. Quite a story. (Check out a slew of other York Safe & Lock stories here.)

Plus, Stephen wrote: ‘All the Civil War tie-ins the last few months, appear to have kick-started readers of my Railcar Gold historical novel installments, even to the point of going back and catching up on all the old installments.’

Interesting stuff: You might just find this compelling. Here’s a story on movies that were shot on location in Pittsburgh.

York County has played host to at least two movie shoots in the past 15 years: ‘Goin’ up t’ Muddy Creek, goin’ on the run’ . Can you name the films, shot in Muddy Creek Forks and Hanover, respectively.

Book signing: Scott Mingus and I hope to see you at our book signing from 2-4 p.m. Friday at the York Fair. You can find us at the NewsVroom booth in Memorial Hall.

You don’t see this every day either. A band playing on the roof of the Strand-Capitol Performing Arts Center.