You always hope those York/Adams restaurants from yesterday will reopen: Linked in to history, June 10, 2013 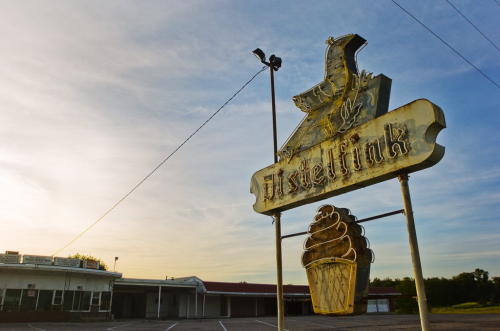 The Distelfink restaurant would host 50 buses some Sundays in the 1950s and 40 on weekdays. But the now-closed restaurant at the corner of Old Harrisburg Road and Shrivers Corner just off of Route 15 is closed and for sale signs are in its windows. Why is it that we always cheer for these old restaurants to see a new day? Read more the Distelfink courtesy of the Hanover Evening Sun, including the fact the fact that a half dozen of by that name operated around here about 50 years ago: Fate of Gettysburg’s Distelfink drive-in in question once again.   Also of interest: Distelfink? Now we all know the meaning of this strange Pennsylvania Dutch name. 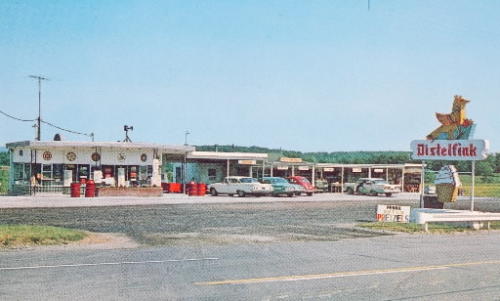 Adams County’s Distelfink restaurant in its heyday. Mamie Eisenhower, Brooks Robinson and other celebrities would stop by there.

Interesting to see your post on Logos Academy today.

Brenda Neff saw a recent yorktownsquare.com post about Logos Academy and thought about a family connection with the property of York’s classical Christian school.

“I have the deed from the first property purchased by my first relative to America, George Munchel.  Last week I also sent you information on his role as a shoemaker during the Civil War.  The deed I have may very well be the location of the Logos Academy.  From the 7/25/1862 deed – ‘For a lot or piece of ground on the south side of King Street west of the Codorus Creek in the Borough of York.’  He then built a house there and sold it in 1866.  If so, I’d like to get involved in the playground that is being planned for the grassy area next to the creek.  Perhaps donating a piece of playground equipment or a park bench in George’s name.”

All roads lead to York: Only in York County’s Joan Concilio has found a York County connection to the deadly Lassa Fever virus, topic of John G. Fuller’s “Fever: The Hunt for a New Killer Virus.” Find out more at Lassa Fever. 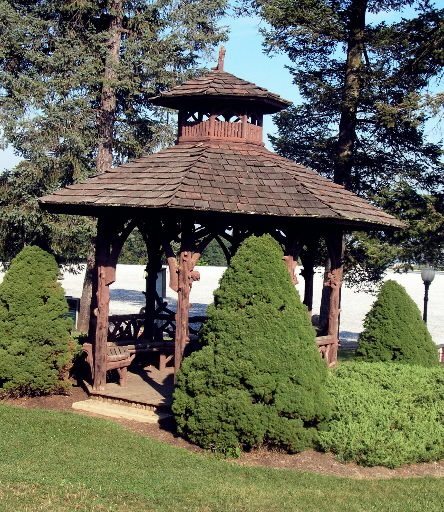 History mystery photo: OK, many people no doubt recognize the location of this gazebo. Are you one of them? Well, how did it get there? (Answer is here: Gazebo.)