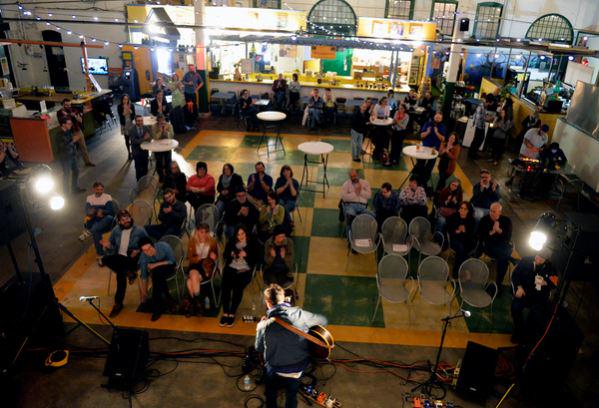 This is a fun type of adaptive reuse. Take a 125-year-old market house and turn it into a concert venue. Actually, Central Market was used from its earliest years as a meeting place – even a place for large conventions. Think about it. Where could you go in the late 1800s if you needed a place for a large audience. Churches perhaps. Or covered markethouses such as those like the venerable Central Market. Kable House Presents, a concert promoter, has a series of musical acts coming to the market this fall. Actually, this is not just fun adaptive reuse, but smart adaptive reuse, getting a new generation of folks into the historic market house. Check out the schedule: What to expect from a Kable House show.  Also of interest: More than 5,000 crowded Central Market in York for revival services in 19th century.

From a reader: What year was the original Hoke Mill built? Did the new bridge destroy the original building?
My answer: I don’t immediately have that. I looked at ‘Millers’ Tales’ and there’s no date. The mill is listed in Grant Voaden file No. 54 at the Heritage Trust library. So you might go there and ask them to pull the file! Grant Voaden studied the mills of York County.

Beautiful indeed!: A fitting tribute to this well-known Lincoln re-enactor

Interesting comments: Some folks, in comments on this Facebook post, looked back to what they viewed as simpler times. Well, when this photo was captured, America was fighting a two-front war! These World War II times weren’t simpler, they were terribly complex.

History Mystery: Much has changed about #YorkPa’s Strand-Capitol complex since 1942. One obvious difference is what now…

History Mystery: A room with a view

History Mystery: The familiar #YorkPa scene on the other end of the camera might give the answer away. And so might the…