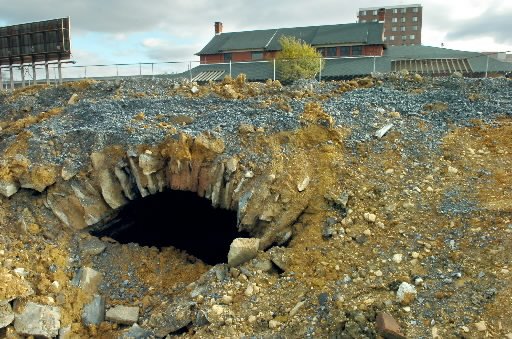 The stone arched vault uncovered in construction of York’s baseball stadium has drawn lots of interest.

Research is under way on the 3-foot-high arch. Conjecture about uses for the vault or tunnel have ranged from ice storage to a tunnel to deliver coal. (Click on Yahoo group at The Railroads of York, Pennsylvania.)

One email conjectured that the arch was part of the old railroad station, the predecessor to the 1890s station that has housed Blattner photo business for years… .

Use of this current building for rail was heavy during World War II. It was a busy point in town, where servicemen disembarked passenger cars to start layovers or to change trains. It was home to a USO canteen, which provided snacks to men and women in uniform. It was also a navigational station to direct those in the military toward lodging, free meals or the USO at the old York County Academy on Beaver Street.
The station’s predecessor, the Northern Central Railway station shown in an 1852 drawing below, also served Union soldiers during the Civil War. Before Camp Curtin opened in Harrisburg, the old York Fairgrounds served as a gathering point for drilling and bunking soldiers before they moved to Southern battlefields. Wounded soldiers returned from those same fields — as well as a field to the west, in Gettysburg — through that same station. Their destination in York was a massive military hospital built on Penn Park.
But the most famous moment for the old station and its attendant buildings came when Confederate Gen. Jubal Early visited York in the days before the Battle of Gettysburg in late-June 1863. In fact, it was there that a messenger from Lee informed him that he needed to countermarch to the west. Blue soldiers were moving north, and Lee was concentrating his men.
Thus ended a conversion in which Early was threatening to burn the town.
Well, Early had made that decision. He would not torch rail buildings.
But the town didn’t know that.
Here’s how “East of Gettysburg” describes the turmoil of the moment:

“The messenger had rushed into town on a lathered steed. Gordon’s brigade had countermarched through town. Regiments showed restlessness, gathering supplies and making other preparation to break camp. Wagons loaded with requisistioned supplies moved out the Carlisle Road.
“What would be Early’s parting shot?”

It was the Union Army that took the best shot. Casualties to Early’s men on Cemetery Hill came to roughly 33 percent. 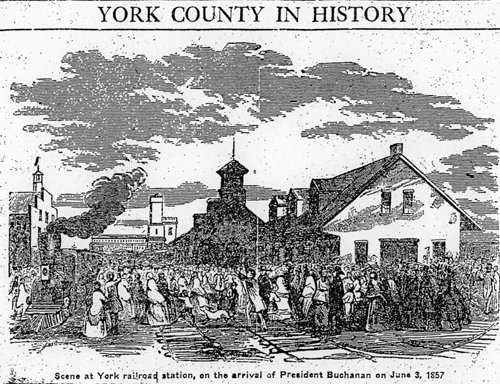