Many people aren’t familiar with the back side of the Friends Meetinghouse in York. But here it is – a green oasis in the city – courtesy of the York, Pa., Daily Record. This back area will gain some company in the future as the nearby Northwest Triangle redevelopment area grows. For a look at the building’s familiar front, see below. Also of interest: Quaker horticulturalist Jonathan Jessop was 19th-century York County Renaissance man.

Part of this meetinghouse goes back to 1766, 250 years ago in 2016. Members of this Quaker congregation are there Sundays, Tuesday evenings or Friday mornings to give tours and information. You can call 717-814-8437 for an individually scheduled tour.

Two sites – Historic Wrightsville Museum and and the Burning of the Bridge Diorama – will be open, among many of attractions. 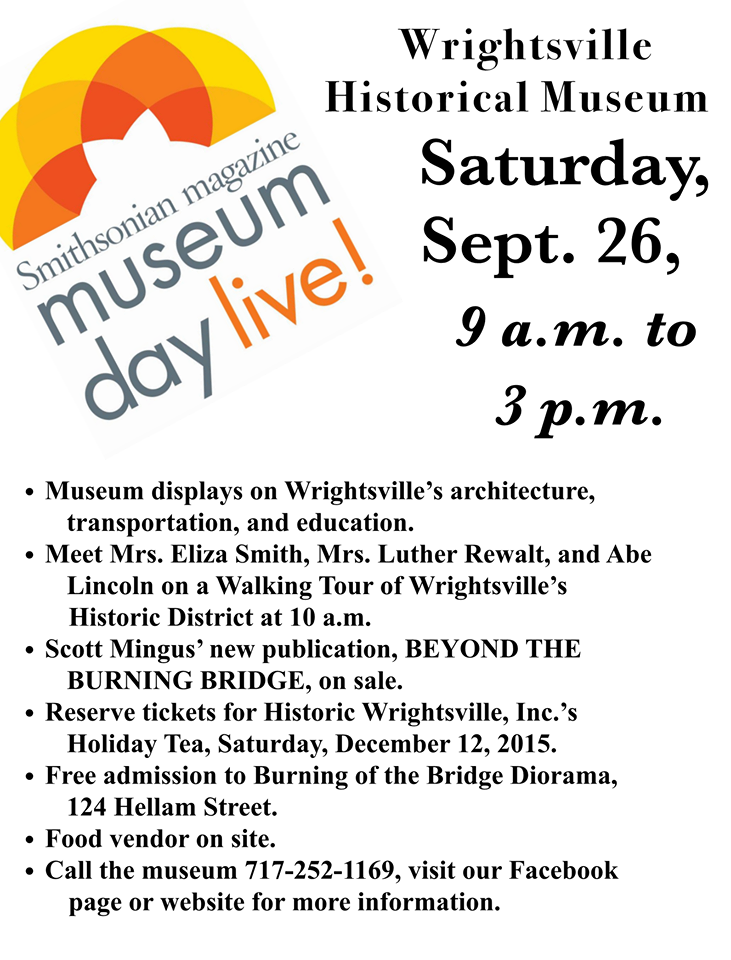 1838 stage coach ticket: They had baggage weight limits in those days, too.

Doug Winemiller from Stewartstown Historical Society passed along this ticket discovered in the society’s files: ‘We found this ticket from Wheeling to “Little York” for a Hopewell Twp. resident in 1838.’ Coincidentally, the railroad reached York from Baltimore that same year, altering over time the way people would travel. 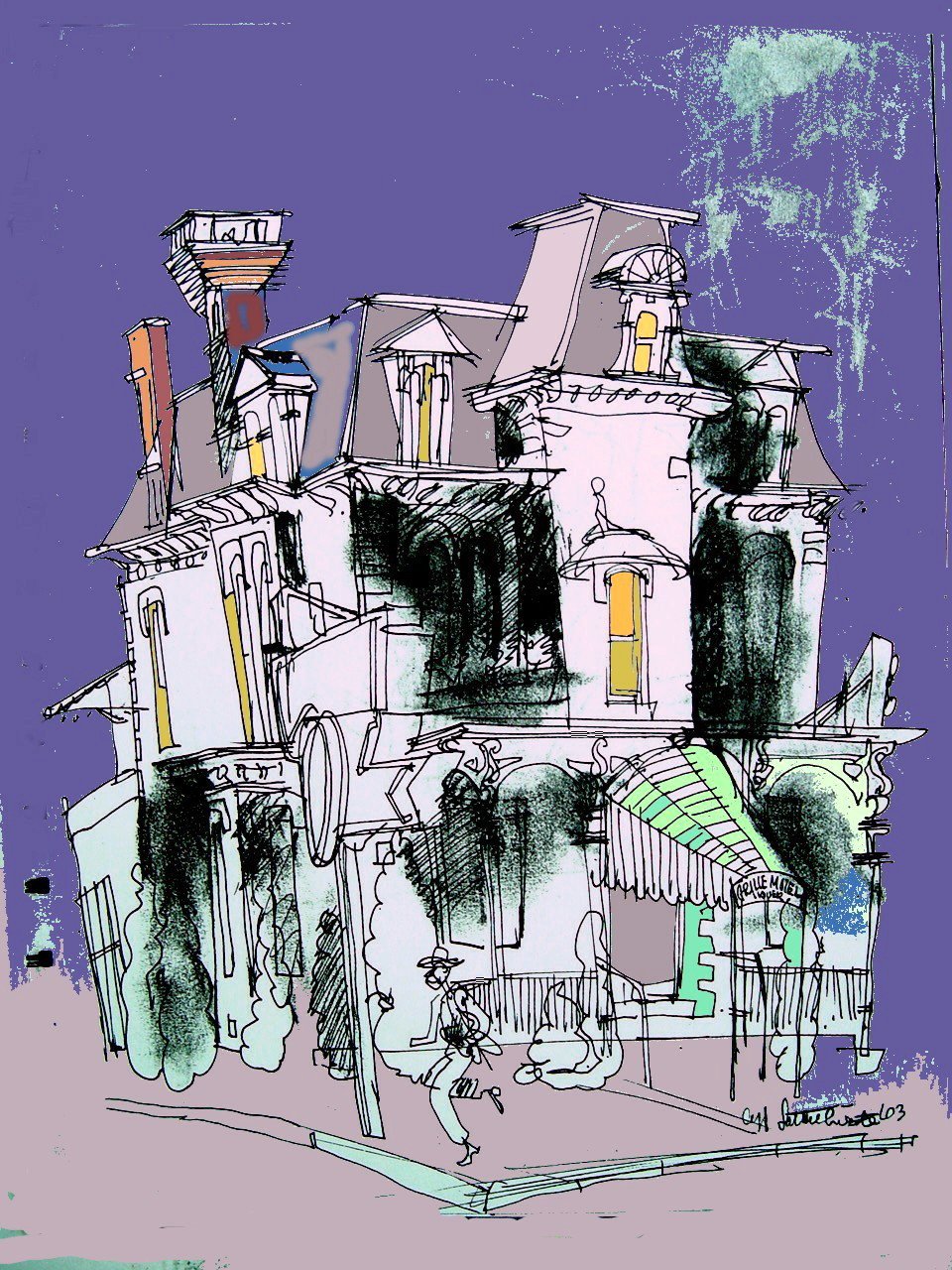 Cliff Satterthwaite crossed the Susquehanna River to capture this lovely Columbia mansion in 1973. For more of Cliff’s work, check out the Satterthwaite category.

History Mystery: Ghost signs – old signs that are fading into the brickwork of buildings – can be found around #YorkPa….