York’s old HiWay moviehouse: ‘I have heard many people speak fondly of the theater’ 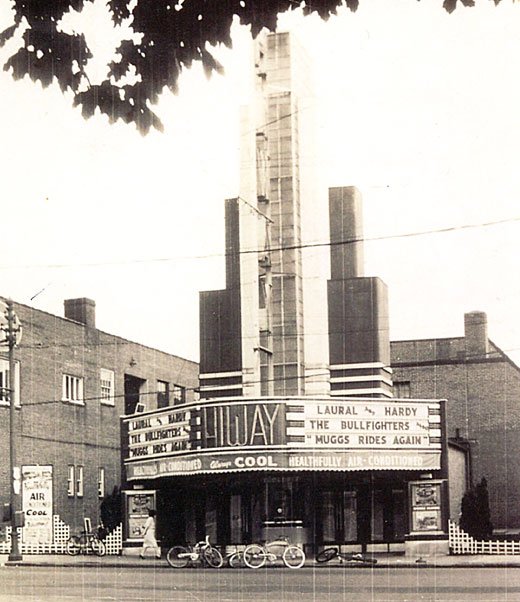 We’ve been tracking grand old facades, and here’s another great York, Pa., front – the HiWay Theatre in the 700 block of West Market Street. Notice the unguarded, unchained bicycles in this undated photo. And notice the signs for air conditioning, a popular feature of such venues before home units went in. In a short history of the theater, Cinema Treasures website places building of the theater before World War II and says it closed for good circa 1983.  The old theater building, sans facade remains standing and in productive use, is seen below… . 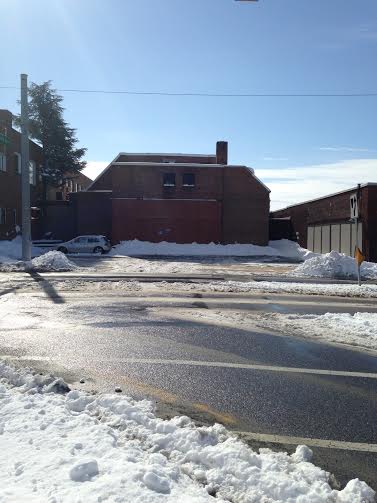 The old HiWay Theater, now part of Pewtarex in York’s west end, is seen earlier this year. Joan Concilio’s ‘Only in York County’ blog explores memories of this old building, with the top photo of the theater courtesy of Allida Carroll.

You might never guess what high-profile businesses have operated in now-quiet buildings around York, Pa.

I asked Bill about the old Hi-Way Theater building that is now part of his Pewtarex enterprises.

He replied with this informative message:

“Over the years, I have heard many people speak fondly of the theater.  It was clearly a landmark for many.  There’s not much left in the building that would remind one of its original use.  The floor is now flat rather than sloped and all the movie posters and equipment are gone.  The area where the marque and lobby once stood is now a parking lot for our outlet store.   A large garage door is now in the space that once held the giant movie screen.

“Most of the vibratory finishing and polishing work shown in the second half of this video is performed in the building that was once the Hi-Way Theater. The sand casting process shown here is pretty fascinating.   Hasn’t changed much in a hundred years.  Each piece is an original cast in its own sand mold.

“Pewtarex is a metalware manufacturing company that my father founded in 1974.  I purchased the business about a year and a half ago.  We serve four main markets:  collegiate, custom, restaurant and giftware.  Our clients include major universities, top restaurants, premier sporting events, elite military divisions, world-famous resorts, Fortune 500 companies and well-known retailers.”

The second part of this video was filmed in the old HiWay Theater.