York’s newest radio station, Community 106.1: ‘… A way to go much further than just the neighborhood’ 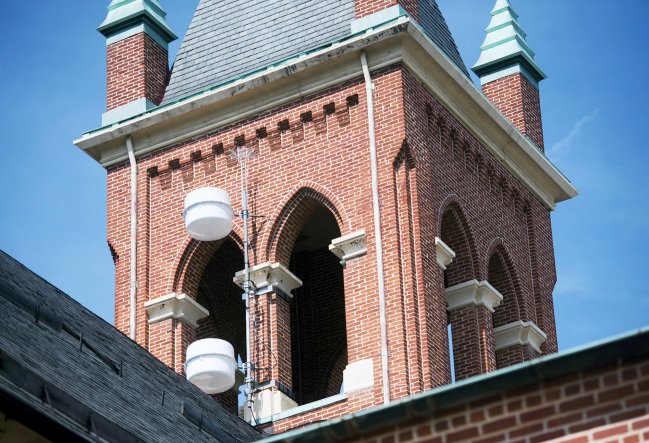 First St. John’s isn’t the first church in York, Pa., to offer its steeple as a transmitting tower. Zion United Church of Christ is another. First St. John’s tower bears transmitting equipment to broadcast community radio programming. ‘We were looking for ways to reach out deeper into the community,’ church member Gordon Moul, a force behind the station told the York Daily Record. ‘A radio station is a way to go much further than just the neighborhood.’ WYCO-LP FM, ‘Community 106.1,’ will have Christian and Lutheran programming. York’s newest radio station will also broadcast community news – from yard sales to city hall meetings, according to the story. The antenna is an interesting 21st-century feature – a type of adaptive reuse – attached to the 19th-century building, designed by the Dempwolf architectural firm. Also of interest:  First St. John’s Lutheran: Telling this York church’s 140-year-old story in architecture.

The view from above: This area was called The Swamp. Now it’s a park, a ballpark. Interesting about all the green space that Santander Stadium created, really obvious from the air.

+++ Neat Labor Day scene, Roosevelt and Pennsylvania: A town band performs in the city. Codorus Township’s Brodbecks is a gathering of houses west of Glen Rock and south of Jefferson in southwestern York County. For other views of York County from the vantage point of a bike riders, check out: VeloPhoto York. 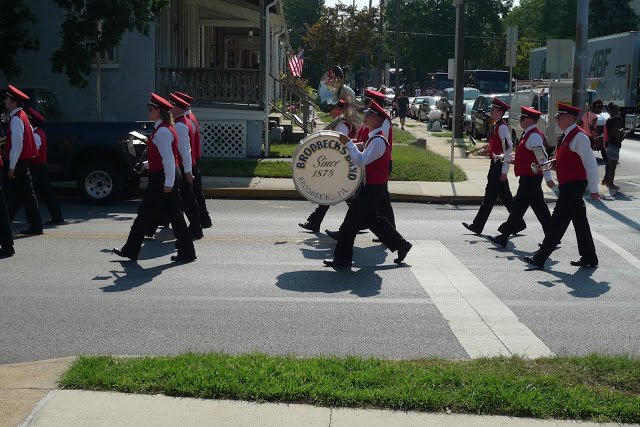 +++ History Mystery person: Who is this mystery man in the top hat?